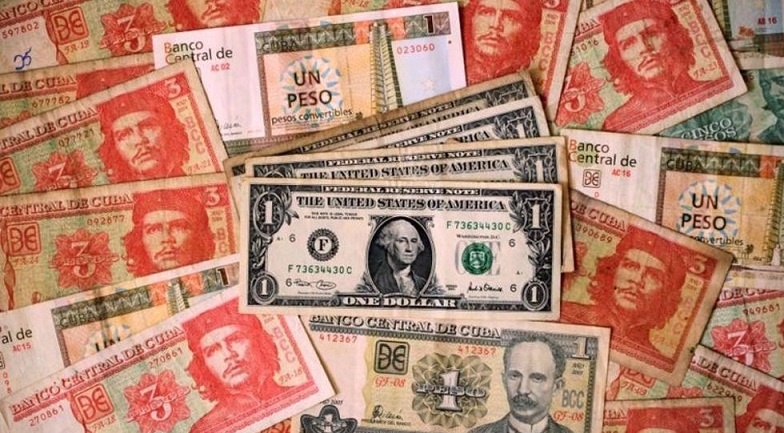 The Cuban government has declared plans to halt the acceptance of cash bank deposits in US dollars, blaming brutal American sanctions that have confined its ability to use the dollar abroad.

“It is ever more difficult for Cuba to find international banking or financing institutions willing to receive, convert or process US currency in cash,” the Cuban Central Bank announced on Thursday in a statement carried by official media outlets.

The measure, it said, would not apply to transactions carried out by transfers or deposits in other currencies that are easily convertible and accepted in the Caribbean island nation that has been subjected to a variety of US economic sanctions and trade embargoes since its revolution in the late 1950’s that ousted a US-sponsored dictator.

Cuban bank account holders will have until June 21 to deposit cash US dollars before the suspension goes into effect.

The announcement came just prior to Havana’s presentation of its annual resolution to end the crippling, decades-old American trade embargo against the country at the United Nations General Assembly.

Some Cubans and analysts speculated that the move marked an effort to control the black-market price of the dollar, which has climbed to more than twice the official exchange rate since the import-dependent nation began opening stores selling in hard currency and stopped selling the US dollar due to a cash crunch.

Cuba had for many years imposed a 10-percent tax on the US dollar citing how difficult it was for the government to use it due to the American imposed embargo. However, it removed that tax last year as it opened more shops selling in hard cash rather than in the local currency.

Although the current US President Joe Biden had pledged during his presidential campaign to reverse some of Trump’s brutal sanctions measures against Cuba that “inflicted harm on the Cuban people and done nothing to advance democracy and human rights,” he has yet to remove any of the sanctions impose by the former Republican president.

The Biden administration has also made clear after its rise to power that it is in no hurry to change its policy towards Havana, insisting that Cuba is not among its top foreign policy priorities.

US news outlets reported earlier this month that Biden had continued to maintain a range of inhumane anti-Cuba policies imposed by his hawkish predecessor, pointing out that after five months in office the Democratic president has made no move to lift sanctions or open dialogue with Havana.