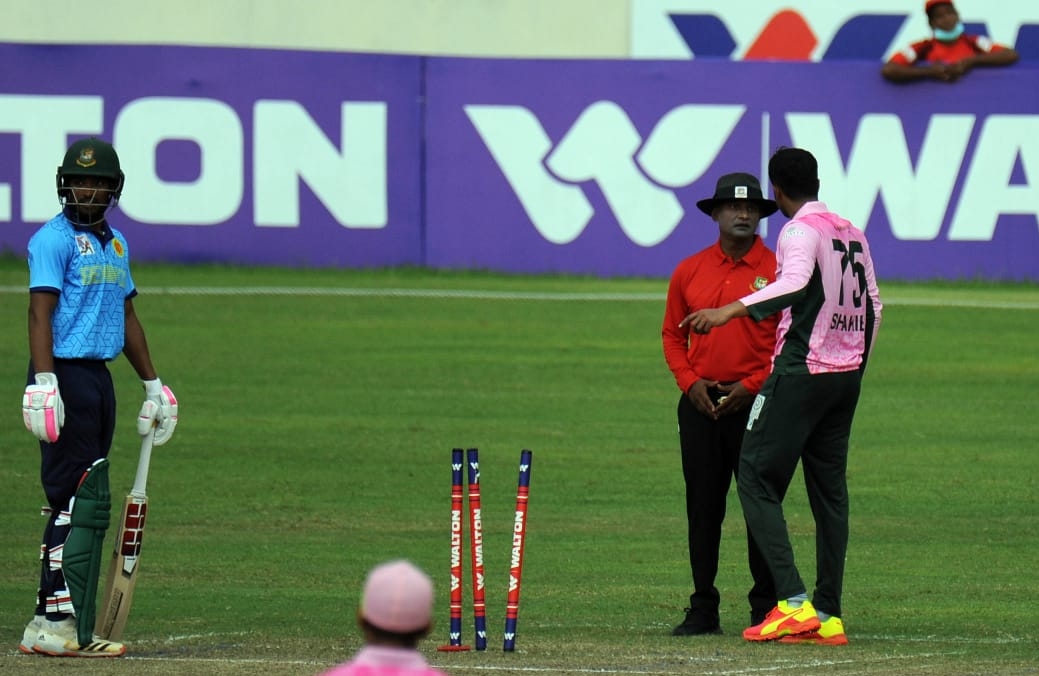 The incident happened in the last ball of the fifth over when Shakib appealed against Mushfiqur Rahim for a leg-before wicket decision, and the umpire turned his appeal down and said not out.
Surprisingly, Shakib behaved aggressively, kicking the stumps at the non-strikers’ end, and also shouted towards umpire Imran Parvez.

It was shocking and unsporting behavior from the No 1 all-rounder of the world as he was fuming against the umpire even after the over.
The incident was not finished as, after five deliveries, umpire called off play due to rain interruption.

Shakib, who was fielding at short midwicket, came towards the umpire and again shouted at him before picking up the stumps and throwing those away in anger.
Later, while Mohammedan players were returning to the dressing room, more ugly scenes were witnessed as Shakib and Abahani coach Khaled Mahmud Sujon exchanged heated words before players and officials from both camps separated them.

When rain stopped play, Abahani were batting on 31/3 from five overs chasing 146.
Mushfiq was batting on 12 while Nazmul Hossain Shanto was not out on 13.

Earlier, Mohammedan scored 145 runs losing six wickets in their stipulated 20 overs where Shakib was the top-scorer with 37.