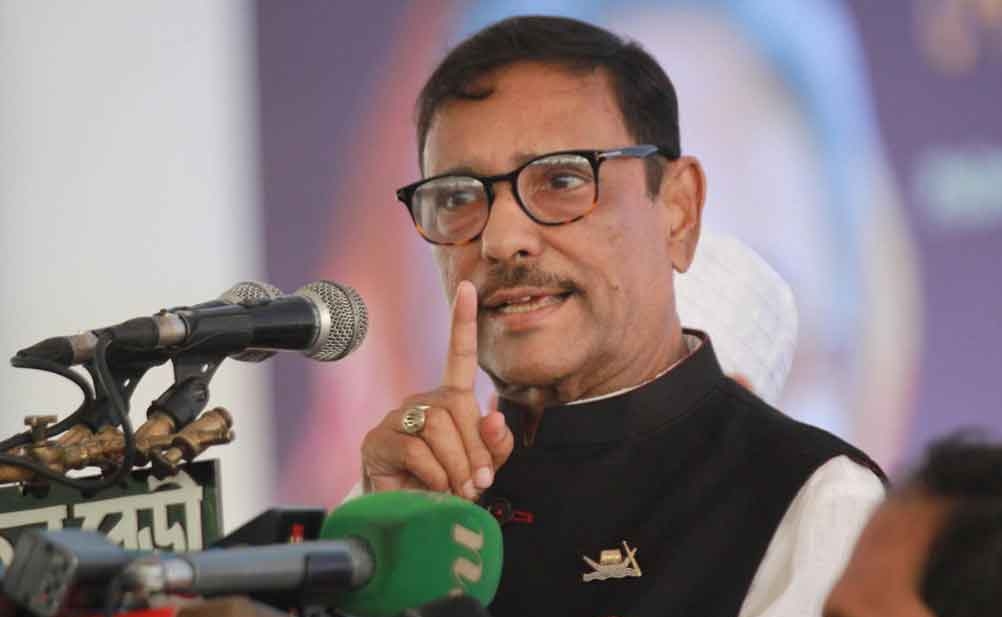 All members must maintain party discipline, he says

Awami League General Secretary Obaidul Quader on Sunday said the party will be tough on party members who would tarnish the organization’s image and disobey the law.

During a regular media briefing at his official residence, Quader directed all concerned to refrain from making statements against the party’s ideology, interests and discipline.

In this regard, he referred to the disciplinary instructions issued by Awami League President and Prime Minister Sheikh Hasina to the leaders and workers of the party at a meeting of the parliamentary board on Saturday.

Quader reminded party members that no one can dissolve or form a committee or expel anyone from the party without the permission of the Awami League central executive committee.

He also instructed leaders and workers at all levels to strictly abide by party discipline, adding that divisional leaders of the party will solve any problems in mediation with all concerned.

Furthermore, the Awami League general secretary paid tribute to the late Mohammad Nasim, a former minister and member of the party’s presidium, on his first death anniversary.

Quader said that the Awami League and the country lost a patriotic, honest, and ideal leader in Nasim.