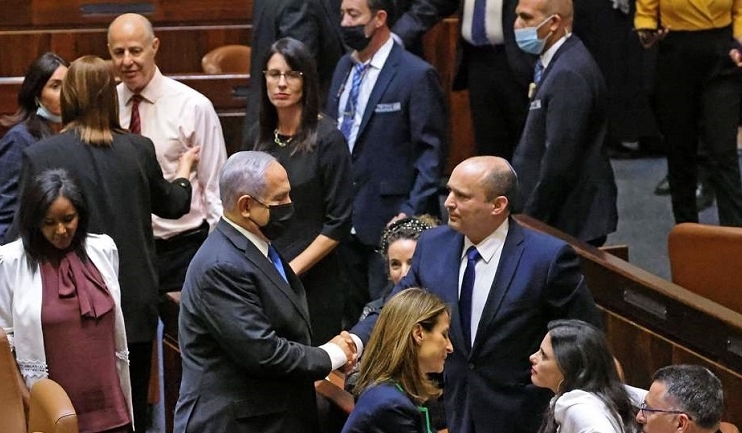 Palestinian Prime Minister Mohammad Shtayyeh says the end of Benjamin Netanyahu’s 12-year hold on power as Israel’s prime minister closes the chapter on one of the “worst periods” of Israeli-Palestinian conflict.

“The departure of the Israeli prime minister after 12 years in power marks the end of one of the worst periods in the history of the Israeli-Palestinian conflict,” Shtayyeh said ahead of the weekly cabinet meeting in Ramallah, the seat of the Palestinian Authority, on Monday.

According to Press TV, the Palestinian premier noted that he does not consider the new Israeli regime “any less bad than the previous one,” adding that there is most probably no likelihood of advancing a peace agreement with the Palestinians.

He added that the new Israeli regime “has no future if it does not take into consideration the future of the Palestinian people and their legitimate rights.”

On Sunday, a recently formed Israeli political coalition narrowly won a vote to oust Netanyahu as the regime’s prime minister.

Bennett was then sworn in as prime minister, ending Netanyahu’s unprecedented 12-year run on premiership. Bennett will hold the position on a rotational basis with opposition figure Yair Lapid.

The anti-Netanyahu alliance emerged in the aftermath of an 11-day military confrontation between Israel and resistance groups in the blockaded Gaza Strip, which saw Israel’s heavy bombardments martyring more than 250 Palestinians. The war, however, came to an end when Israel desperately implemented a unilateral ceasefire.