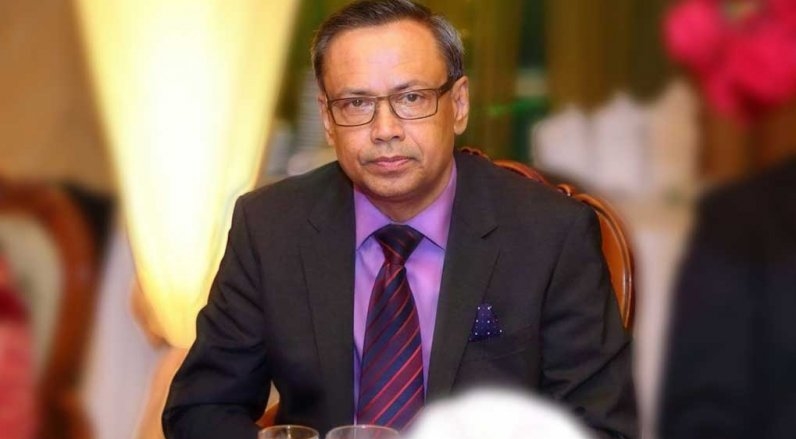 The film actress, however, claims that the accused was drunk

Dhaka Boat Club Director Nasir U Mahmood, the prime accused in the case filed by Pori Moni for attempted rape and murder, claims that the film star was drunk on that day.

Also a former president of Uttara Club Ltd, Nasir told media at his Uttara residence before his arrest on Monday that he had been victimized.

Pori Moni during a press briefing on Sunday night claimed that Nasir had been in a drunken state during the incident on June 8.

Terming the allegations baseless, Nasir also claimed that he had been accused in the case for not allowing the Dhalywood star and her companions to take away expensive liquor from the bar of the Dhaka Boat Club in Uttara.

Nasir, also a presidium member of the Jatiya Party, said: “On the night of the incident, a few people, including Pori Moni, entered the Dhaka Boat Club in a drunken state.

“One of the guys who were with her was behaving in a very rude manner.”
He claimed: “I was about to leave when they arrived. All of them were drunk. There were no security officials on duty at that time.”

Pori Moni and her companions went directly to the reception of the club’s bar. “There was expensive liquor. They tried to take those away. But they could not.”

The Detective Branch (DB) of police arrested Nasir, along with four others, hours after the actress filed the case under the Women and Children Repression Prevention Act and the Penal Code 307 with Savar police station.

Total six suspects, including Nasir, were named in the case.

On Monday, the Dhaka Boat Club authorities expelled Nasir and suspended the club membership of Nasir and three others in connection with the incident. They also formed a three-member inquiry committee and asked it to submit the findings before the executive committee within 72 hours.
What the case says

In the case statement, the plaintiff alleged that they had been tortured at the boat club in a planned manner.

Pori Moni said that she, costume designer Jimmy, 30, Tuhin Siddique Omi, 40, and her young cousin Bonny left for Uttara in two separate cars around 11:30pm on the night of June 8. At one point, Omi said that he had to stop at the Dhaka Boat Club in Ashulia Beribadh area for a couple of minutes to run an errand.

They arrived at the boat club around 12:15am. Omi, seeing that the club was closed for the day, made a call and a security guard of the club opened the doors for them.
Bonny then left the car to use a restroom at the club. “The moment bonny came out, Nasir U Mahmood asked us to enter the bar, take a seat, and have some coffee with him,” Pori Moni said in her statement.

Following this Pori Moni tried to turn him down, but Nasir and Omi were forcing her to drink alcohol.

As she refused the offer saying that she was feeling unwell, Nasir forced the bottle into her mouth, injuring her lips and teeth.

She also alleged that Nasir hurled insults at her, touched her inappropriately, and attempted to rape her.

As per the case statement, the accused also broke glasses and alcohol bottles, and threw the shards at Pori Moni. When Jimmy tried to stop the assault, he was beaten by Nasir and his men.

When Pori Moni attempted to call the emergency hotline 999 from her mobile phone, the accused snatched it and threw it away.

As things escalated, Pori Moni, with the help of her companions, somehow managed to escape in a near-unconscious state around 3am, reads the case statement.