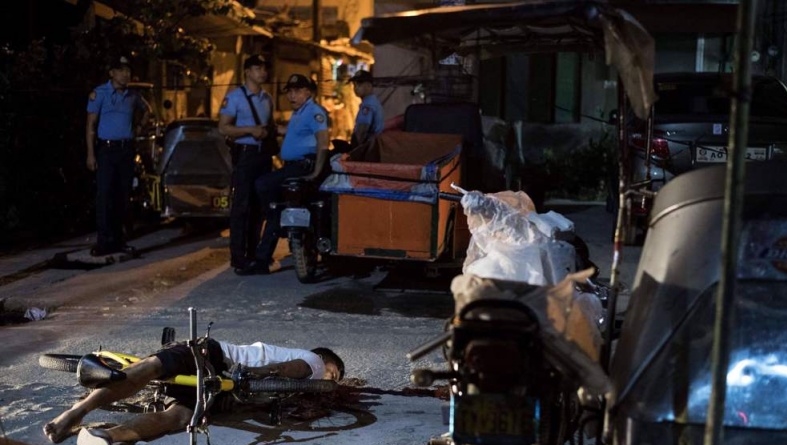 Philippines President Rodrigo Duterte will “never cooperate” with an International Criminal Court (ICC) probe into his war on drugs, which complainants allege has led to thousands of extrajudicial killings, his spokesman says.

Chief Prosecutor of the ICC Fatou Bensouda on Monday sought authorization to open an investigation into allegations that Philippines police unlawfully killed thousands of civilians as part of the anti-narcotics campaign between July 2016 and March 2019.

“There is a reasonable basis to believe that the alleged conduct was committed as part of a widespread and systematic attack directed against a civilian population pursuant to or in furtherance of a state policy,” Bensouda said in a report.

Duterte’s spokesperson Harry Roque on Tuesday rejected her findings and denounced the process as “legally erroneous and politically motivated,”

“We will not cooperate because we are no longer a member,” Roque said at a press conference on Tuesday.

In March 2018, Duterte announced that the Philippines would withdraw from the ICC’s founding treaty, a month after the court opened a preliminary examination into the killings in the anti-drug campaign.

This withdrawal, which took effect in March 2019, did not remove the ICC’s jurisdiction to investigate crimes committed while the country was a member.

According to official data, over 6,000 suspected drug dealers were killed in more than 200,000 operations in the Philippines, but human rights groups say the death toll could be much higher.

Roque slammed the launch of a formal probe as “an insult to all Filipinos,” which would suggest the country’s justice system was not working.

Bensouda’s request was welcomed by rights groups, with Amnesty International hailing the ICC investigation as a “landmark step.”

Duterte, whose single six-year term ends in June next year, remains popular at home, with many Filipinos backing his tough stance on the country’s drug problem.

Pregnant women to get more protection against being made redundant

Pregnant women to get more protection against being made redundant