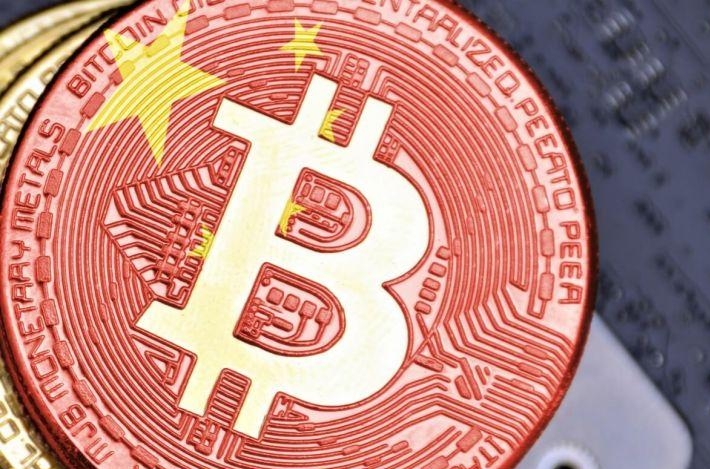 The relocation of Bitcoin (BTC) miners within China is already underway – and should the situation worsen, they might also be moving out of the country in droves, according to Jiang Zhuoer, CEO of mining pool BTC.TOP. This, however, would lead to hashrate decentralization.

The majority of miners in China had been running as usual until recently, despite the government’s crackdown on BTC mining and trading, Jiang told Cryptonews.com. On June 9, the new policies ordering mines to shut down have reportedly been implemented in Xinjiang and Qinghai. Importantly, Xinjiang is one of the major mining hubs, not just in China, but in the world.

In spring 2020, China had an average monthly share of global hashrate, or the computing power of the Bitcoin network, of 65% and it was already declining back then, per the latest available data provided by the Cambridge Centre for Alternative Finance. Xinjiang alone had almost 36%, followed by Sichuan’s almost 10%.

Two major points influenced the government’s decisions to shut down miners in this major region, per Jiang: one is their ongoing financial stability concerns, and the other that Xinjiang’s power is mainly generated by coal, or a thermal plant, which is not in line with the national carbon neutral target.
Therefore, per Jiang, “most miners that were running in Xinjiang are now needed to be relocated to other places, the relocation is currently in process.”

BTC.TOP estimates that there is an 80% possibility that many facilities in Xinjiang might get closed eventually.
The good news for miners comes with the arrival of rainy season, as there’s abundance of resources in Sichuan – as a matter of fact, “there will be sufficient resources to host most of miners,” Jiang said.

The wet season lasts for several months, giving BTC.TOP time to “look at how things will go.”
Worst case scenario

The worst-case scenario is that mining gets banned in both Xinjiang and Sichuan. If that does happen, BTC.TOP will think about moving and relocating most of their machines out of the country, primarily to North America, specifically Canada and the US.

“These two countries have a developed infrastructure, and […] their regulations are very stable and predictable,” said Jiang.

After the North American region, BTC.TOP will consider the Central Asian countries because it’s easy to relocate there due to due to proximity to Xinjiang.

As reported, another Chinese mining firm BIT Mining has already formed a partnership with an unnamed Kazakhstan-based company. The duo will jointly invest in a crypto mining center to be built on Kazakh territory, with BIT Mining footing 80% of the expenses.

Meanwhile, per Jian, the Middle East is no longer an option. BTC.TOP tried to cooperate with some mining facilities there, but “it didn’t go well,” so the conclusion was that that region is not safe for their business. Jiang stated that their local partners took over their machines “due to lack of control once machines went overseas, especially in some high-risk countries.”

On the other side of the coin, if miners relocate, they’ll disperse across the world, which will lead to hashpower decentralization. Large facilities in China will cease to exist: a part will move to other countries, and other parts will be divided into smaller sections, some of which will turn to mining from home
The second impact of such a ban would be on the machine prices. Small miners would likely not be able to relocate to other countries and would be forced to sell their machines. Therefore, machine prices would drop by 14%-15%, for two reasons: 1. many miners selling their machines; 2. BTC price dropping, as the machine price depends on the crypto’s price.

The worst-case scenario – as well as the one we’re seeing now – would in large part be the result of the Chinese government’s dislike for financial derivatives and volatile cryptocurrency products. “The Chinese government doesn’t like speculation and it wants the financial sector to serve the real economy,” Jiang added.

Specifically for crypto, the government took an antagonistic stance due to financial stability concerns, volatility, and crypto-related fraud. That said, BTC.TOP estimates that crypto mining will not be banned on the national level.

And if this indeed is the case, and there is no country-wide mining ban, BTC.TOP has no plans to move out of the country. Per Jiang, China is the most suitable place for crypto mining, “because we have a stable policy infrastructure, and manpower is cheaper.”

If the policy towards miners doesn’t change and doesn’t become stricter, BTC.TOP will maintain the current size and will not seek to grow or to buy more machines, said Jiang. Furthermore, “we might not buy new machines,” the CEO concluded.

Meanwhile, more details have emerged as China’s Yunnan Province’s latest crypto mining crackdown measures begin to take shape. Per the media outlet China Coal News, Yunnan wants to close down all commercial-scale miners operating in the province before the end of the month. The media outlet quoted unnamed Yunnan energy regulators as stating that various power providers would “conduct joint inspections” in a bid to stamp out industrial mining, following similar moves in Qinghai Province and the Inner Mongolia Autonomous Region.
>>cryptonews