Bangladesh tour on schedule amid rising Covid cases in Zimbabwe 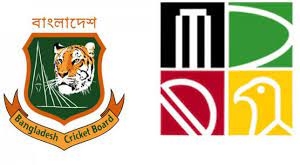 The upcoming Bangladesh tour of Zimbabwe is on track despite the surge of Covid-19 cases in the country and the government coming to the decision of suspending all forms of professional sports.

Since then doubts have been raised over Bangladesh’s plan to travel to the African nation later this month for one Test match, three ODIs and as many T20s.

Bangladesh Cricket Board CEO Nizamuddin Chowdhury brushed off concerns over the tour saying the BCB is in continuous communication with Zimbabwe Cricket over the tour.
“I spoke to the ZC CEO ahead of the board meeting [Tuesday]. They said they are confident to host the series. They are in discussion with their relevant authorities of the government,” said Nizamuddin to the media at Mirpur Sher-e-Bangla National Cricket Stadium Wednesday.

“Their commitment with BCB on the series is very much on track at the moment. They have informed us to continue with our preparation for the tour later this month. We are yet to announce the schedule publicly for the tour and so far it is the way it was planned,” the BCB high-up added.

Bangladesh following Covid-19 quarantine formalities in Zimbabwe will get down to business on July 7 with the first Test against the hosts at Queens Sports Club in Bulawayo.
The teams will then move to Harare for the three ODIs to be played on July 16, 18 and 20 respectively.