CPJ demands withdrawal of complaint against The Wire, 3 journalists 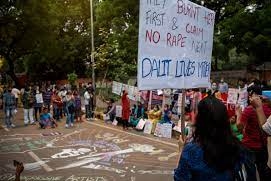 The Committee to Protect Journalists (CPJ) has asked the authorities in India’s Uttar Pradesh state to immediately drop criminal investigation into three journalists and the independent news website The Wire.

The complaint, filed on Wednesday, alleges that the journalists and the news outlet, as well as several politicians from the opposition Congress Party, shared an unverified video that could cause social unrest.

The complaint, filed by an inspector at the Loni Border police station in Ghaziabad, accuses the trio of posting tweets that the police alleged were misleading and unverified, according to a CPJ statement issued on Thursday.

The journalists are Rana Ayyub, a Washington Post columnist; Saba Naqvi, a freelance journalist; and Mohammed Zubair, co-founder of the fact-checking website Alt News.
In posts on Twitter after the criminal complaint was filed, Ayyub, Naqvi, and Zubair noted that their descriptions of the video were based on initial news reports.

The CPJ texted Uttar Pradesh Police Director-General Hitesh Awasthy for comment but did not receive any reply.

Steven Butler, CPJ’s Asia program coordinator, in Washington said: “The Indian authorities singling out journalists, some of whom are known for critical coverage of the ruling Bharatiya Janata Party, for sharing and commenting on a video looks suspiciously like selective law enforcement and amounts to a serious attack on press freedom.”
Butler demanded that the Uttar Pradesh police withdraw their complaint immediately, and stop harassing journalists and news outlets.

On June 14, The Wire and many other leading news outlets reported on a widely shared video from Uttar Pradesh’s Ghaziabad district, which allegedly depicted a group of Hindu men beating an elderly Muslim man, cutting off his beard, and forcing him to chant a Hindu slogan.

Ayyub, Naqvi, and Zubair tweeted about the video, according to those news reports and the complaint.

The complaint states that police are investigating the three journalists and The Wire for violating Sections 153 (provocation to cause a riot), 153A (promoting enmity between religious groups), 295A (insulting religious beliefs), 505 (public mischief), and 120B (criminal conspiracy) of the Indian penal code.

Each of those sections carry prison penalties of up to one year for convictions, except for criminal conspiracy, which carries up to two years, according to the Indian Penal Code.