Over 53,000 landless, homeless families to get houses 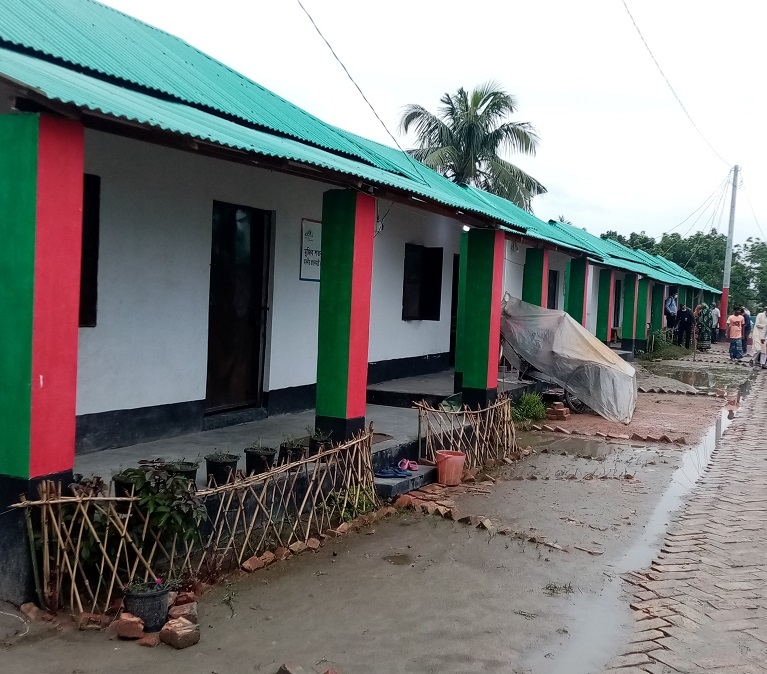 Prime Minister Sheikh Hasina will hand the houses over to the recipients, in the second phase of the nationwide housing and rehabilitation program

Some 53,340 houses are ready to be handed over to homeless and landless families across Bangladesh under the Ashrayan project on Sunday.

This is the second phase of the government’s nationwide housing and rehabilitation program for the destitute.

“Prime Minister Sheikh Hasina will kick off the second phase of house handover to 53,340 families on Sunday,” PM’s Principal Secretary Dr Ahmad Kaikaus said at a press briefing in Dhaka on Thursday.

“Not a single person will be homeless in Bangladesh in the Mujib Year,” he added.

In Teota village under Shibaloy upazila, Manikganj, 24 units of houses have been prepared for 24 enlisted homeless families.

“The government wants to eliminate homelessness in Bangladesh by distributing houses and land,” said Md Mahbub Hossain, project director, Ashrayan 2, during a visit to the project location.

“Along with the pucca houses, the poor families have got the ownership papers of two decimals of plot as well. All these houses have been constructed on khas land,” he added.
As a part of the house and rehabilitation program on the occasion of Mujib Year, being observed to celebrate the birth centenary of Father of the Nation Bangabandhu Sheikh Mujibur Rahman, the government plans to provide houses to as many as 900,000 homeless people across Bangladesh.

On January 23, Prime Minister Sheikh Hasina kicked off the ambitious project by initiating the first phase of the project, handing over houses to some 66,189 landless and homeless families as a gift, via videoconference.
The local authority constructed the houses following the prime minister’s directive, at the cost of Tk1,168 crore. Each of the houses, built on two decimals of land having two rooms, one balcony, and one toilet besides having a connection of electricity and water, cost Tk1.75 lakh.

However, the cost rose to Tk1.85-2 lakh for each house during the second phase.

The beneficiaries will gradually be trained to enable themselves for a better livelihood, per the government plan.