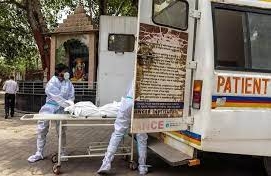 At least 200,000 refugees are among the worst affected by India’s COVID-19 outbreak as they have no access to welfare schemes or free healthcare, a report by an international consortium of rights groups said on Wednesday.
The stateless in India have not received economic relief packages provided by the government…they don’t have a bank account or proof of citizenship,” stated a report titled, Together We Can: The COVID-19 Impact on Stateless People and a Roadmap for Change.

The report, compiled by the Europe-based Institute on Statelessness and Inclusion, covered the impact of the pandemic on refugees and the stateless living in 13 countries, including India.

“The COVID-19 pandemic and state responses to it have had a significant negative impact on the lives, wellbeing, and rights of the approximately 15 million stateless people around the world,” said the report, which focused on refugees living in Kenya, Bangladesh, Malaysia and others countries.
India is not party to the 1951 Refugee Convention or its 1967 Protocol and does not have a national refugee protection framework. But it continues to grant asylum to a large number of refugees from neighbouring states and respects UNHCR’s mandate for other nationals, mainly from Afghanistan and Myanmar.

India’s COVID-19 pandemic has left many of its impoverished citizens struggling, both for access to healthcare as well as for livelihoods, as the economy crumbles under the impact of prolonged lockdowns.

The federal government has announced free food for roughly 800 million poor Indians till November this year. But refugees may not be able to get free rations or medicine from government hospitals because of a lack of documentation.

After a controversial citizens register was published in 2019, India declared almost 125,000 people as foreigners in the eastern state of Assam. India is also home to more than 40,000 Rohingya Muslims who have fled to the country from neighbouring Myanmar.
>>Reuters