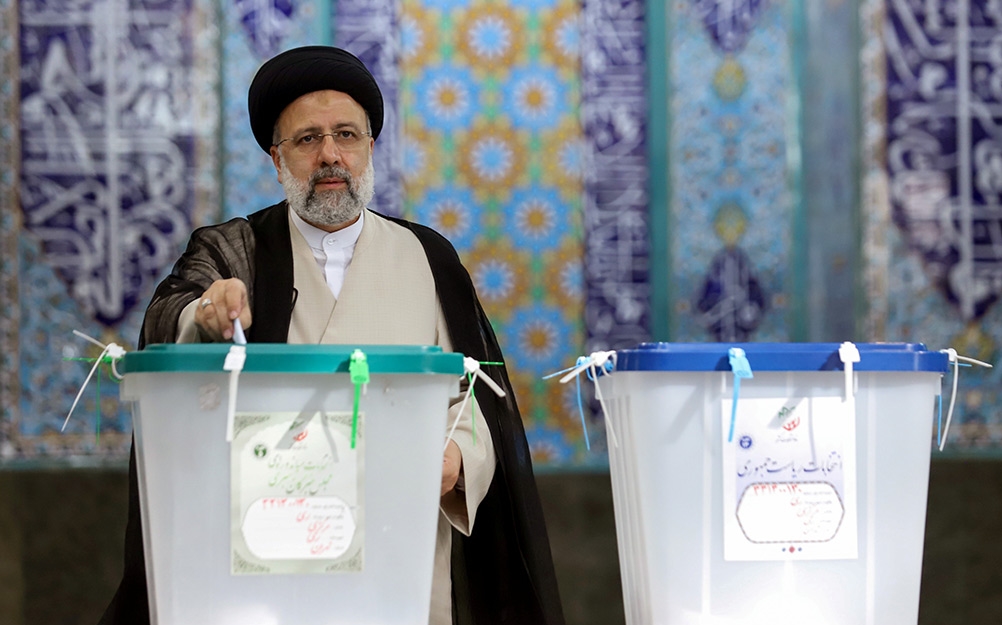 Amnesty calls for Iran’s Raisi to be investigated over rights

Following are some world reactions to the election of Ebrahim Raisi as President of Iran. Raisi, 60, is a hard-line judge who is loyal to Supreme Leader Ayatollah Ali Khamenei and subject to US sanctions for alleged human rights abuses.

“Relations between our countries are traditionally friendly and good-neighbourly. I hope that your activities in this high post will contribute to the further development of constructive bilateral cooperation in various directions, as well as to the partnership in international affairs. This fully meets the interests of the Russian and Iranian peoples, goes in line with the strengthening of regional security and stability,” Putin said in a message to Raisi, according to the Kremlin.

“Stating my belief that cooperation between our two countries will strengthen during your presidency, I am ready to work together with you,” Erdogan said in a letter sent to Raisi.

“We wish for the Islamic Republic, and for our bilateral relations, stability, continuity and prosperity,” he said in a statement tweeted by Dubai’s media office.

Sent a message of congratulations, according to state news agency WAM.

Assad congratulated Raisi on his victory and said he was keen to work with the new president to strengthen ties between the two countries, a statement from the Syrian presidency said.

“I extend my sincere congratulations and blessings on the occasion of your election as President of the Islamic Republic of Iran … We in Iraq look forward to strengthening our solid relations with our neighbour Iran and its people.”

“That Ebrahim Raisi has risen to the presidency instead of being investigated for the crimes against humanity of murder, enforced disappearance and torture, is a grim reminder that impunity reigns supreme in Iran. We continue to call for Ebrahim Raisi to be investigated for his involvement in past and ongoing crimes under international law, including by states that exercise universal jurisdiction.”

Maryam Rajavi, President-Elect of The Paris-based National Council of Resistance of Iran

“Ebrahim Raisi, the henchman of the 1988 massacre and murderer of the Mujahedin-e Khalq (PMOI/MEK), is Khamenei’s final bid to preserve his regime. Weak, crisis-riddled, and rattled by looming uprisings, Khamenei purged all rivals to install Raisi as president, one of the vilest criminals against humanity since World War II.”

Sent a message of congratulations to Raisi on his victory, al-Masirah TV reported.

“Salam to Ebrahim,” Nasrallah tweeted alongside photos of Raisi.

“We congratulate the Islamic Republic of Iran for the success of the democratic process, the holding of the presidential election and the victory of Ebrahim Raisi as Iran’s President. We wish the Islamic Republic of Iran progress and prosperity. Iran has always been a fundamental and a real supporter of the Palestinian cause and the Palestinian resistance.”