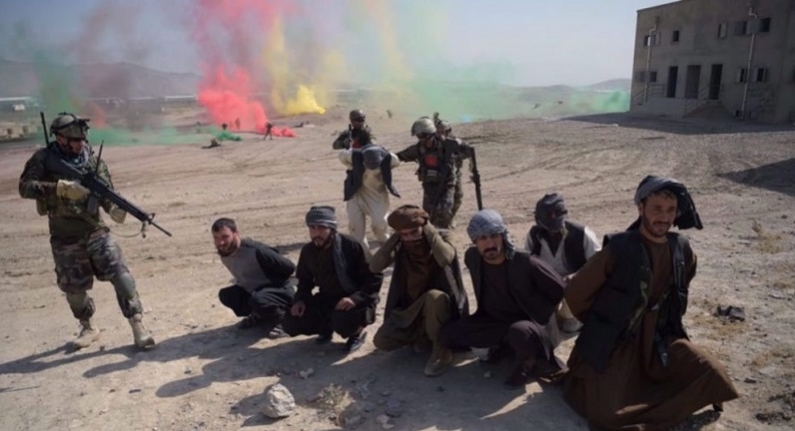 Afghan government forces have retaken territories captured by the Taliban in the northern parts of the war-torn country as the nation’s top leaders are set to travel to Washington for talks with US officials.

In an operation by “government and public uprising forces,” Bangi and Khwaja Ghar districts in the northern Takhar Province were recaptured from Taliban militants, Afghanistan’s Defense Ministry announced in a statement on Monday.

“The districts were cleared of Taliban this morning,” said the official statement, pointing out that the operation was launched late Sunday night with aerial support from the country’s Air Force. “The Taliban escaped from the district after suffering heavy casualties.”

According to Press TV quoting the statement, villages of Abdal and Qara Parcho located on the outskirts of the provincial capital city of Taluqan were also cleared of the Taliban militants. The group has not yet reacted to reports of the encounter.

This is while the provincial police in the northern Province of Faryab further announced on Monday that reinforcements had arrived in the area earlier in the day to prepare for operations to recapture territories that have fallen to the Taliban.

The security forces have mobilized and will launch the operation soon, said Faryab Police Spokesman Abdul Hakim Yurish as cited in local press reports, which noted that clashes on Sunday inched closer to the city of Maimana in central Faryab.

Moreover, a statement by Afghan Army’s 209 Shaheen Corps declared that the Taliban’s gathering centers had been targeted by airstrikes in Dawlat Abad and Chahar Bolak districts in northern Balkh Province on Sunday in which 31 members of the group were killed and seven more wounded.