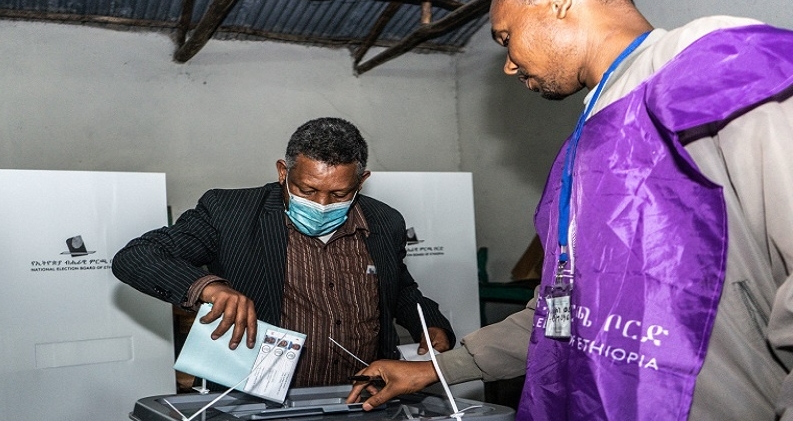 Ethiopians have flocked to the polls to take part in long-delayed general elections affected by conflict and famine in the northern Tigray region.

According to Press TV, Monday’s vote is the first national elections since Prime Minister Abiy Ahmed, 44, rose to power in 2018.

Abiy said last week the vote would be the “first attempt at free and fair elections” in the country.

He promised the people to hold the most competitive national elections in the African country’s political history.

The elections have been cited as the best example of Abiy’s commitment to democracy after decades of repressive rule in the country.

“There are a number of parties to choose from. In the past there was just one, we did not have the luxury of choice,” he noted.

The newly-formed Prosperity Party led by Abiy is the front-runner in the elections.

Abiy, a Nobel Peace laureate who freed political prisoners and allowed those who had been in exile to return, ended a decades-long conflict with neighboring Eritrea before sending troops near the Eritrean border to confront the dissident leadership of Tigray late last year.

Tigray’s war veterans had been a dominant political and military force influencing Ethiopian politics before Abiy took the helm and deposed them.

Meanwhile, observers say problems arising from the famine amid the ongoing conflict in Tigray, coupled by the failure to hold elections on schedule in around one-fifth of the country’s constituencies, indicate that the elections might be fundamentally flawed.

Results of the general elections could have an impact beyond Ethiopia’s borders.

The Horn of Africa country is a regional heavyweight in a restive region of the world, providing peacekeepers to Somalia, Sudan and South Sudan.

Ethiopia is also one of the world’s largest frontier markets.

In related news, the UN rights chief voiced alarm at the continued reports of “serious violations” committed in the Tigray region.