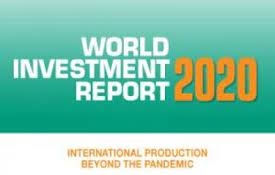 Foreign direct investment flows to Bangladesh declined 11 percent to $2.6 billion in 2020 from a year earlier, according to UNCTAD’s latest World Investment Report.
Both general economic activities and FDI shrank in the country’s export-oriented garment manufacturing, as $3 billion worth of export orders, primarily from the United States and European Union were cancelled, UNCTAD said in the report published on Monday.

“Foreign investment inflows are shifting away from large non-renewable energy and finance projects towards fintech, the pharmaceutical industry, liquefied natural gas plants and agribusiness, which the government is actively promoting,” the UN agency on trade and development said.

The report mentioned that the Bangladesh government streamlined five laws as part of its efforts to reduce obstacles to foreign investment.

FDI flows to developing countries in Asia increased by 4 percent to $535 billion in 2020, reflecting resilience amid global FDI contraction.
Despite the pandemic, FDI to and from the region remained resilient in 2020. Developing Asia is the only region recording FDI growth, accounting for more than half of global inward and outward FDI flows,” said UNCTAD’s director of investment and enterprise, James Zhan.

“FDI prospects in 2021 for Asia are more favourable than the global average, because of recovery in trade, manufacturing activities and a strong GDP growth forecast,” he added.

FDI fell in Bangladesh and other South Asian economies that rely on export-oriented garment manufacturing. Sri Lanka’s FDI inflows contracted 43 percent. In Pakistan, FDI was down by 6 percent to $2.1 billion, cushioned by continued investments in power generation and telecommunication industries.