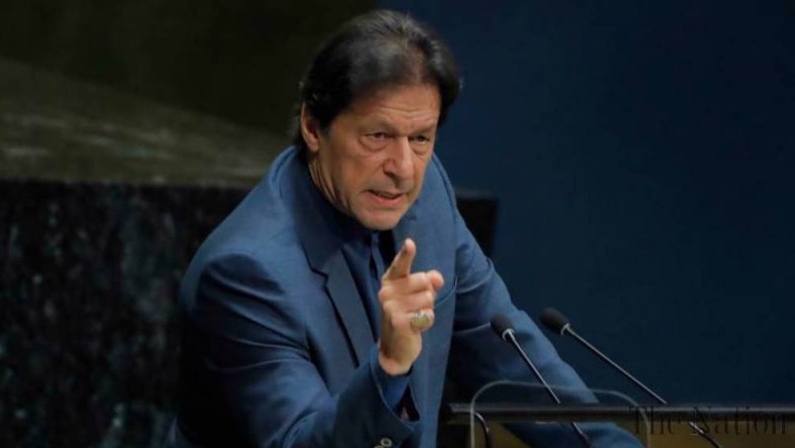 Pakistan’s Prime Minister Imran Khan says his country cannot afford to again make a mistake by hosting a US military base to be used against alleged militants in Afghanistan but is ready to be a “partner for peace” in the neighboring country.

In an op-ed for The Washington Post, Khan said Pakistan “has suffered so much from the wars in Afghanistan” and learned many lessons from its previous mistakes.

“In order to avoid further conflict, US bases will withdraw from Pakistan,” he said. “On the other hand, Pakistan is ready to be a partner for peace in Afghanistan with the United States.”

He acknowledged that Islamabad “made a mistake by choosing between warring Afghan parties” in the past, but has now “learned from that experience.”

“History proves that Afghanistan can never be controlled from the outside,” Khan wrote.

He wrote the opinion piece as the US and its NATO allies are engaged in the process of pulling out their forces from Afghanistan to end two decades of war in the county. All foreign troops were supposed to have been withdrawn by May 1, but the US President Joe Biden pushed that date back to September 11.

The US is considering options to keep a foothold in the region, and there has been widespread speculation that Pakistan may allow the US to use its soil for operations after a full withdrawal from Afghanistan.

Last week, David Helvey, the US assistant secretary of defense for Indo-Pacific affairs, told the US Senate Armed Services Committee that Islamabad would allow the US military to use its territory again.

“Pakistan had always allowed overflights and ground access to the US to facilitate its military presence in Afghanistan and would continue to do so,” he said.

“We simply cannot afford this. We have already paid too heavy a price,” Khan said.

“Meanwhile, if the United States, with the most powerful military machine in history, couldn’t win the war from inside Afghanistan after 20 years, how would America do it from bases in our country?” Khan asked.

Pakistan secretly allowed the US to operate drones over Pakistani territory and from at least one base in the southwest of the country during the former presidency of Barack Obama. Islamabad also provided tacit approval for the use of US drone attacks on Pakistani soil, while publicly condemning them, leaked US diplomatic cables showed in 2011.

“US drone attacks, which I warned against, didn’t win the war, but they did create hatred for Americans, swelling the ranks of terrorist groups against both our countries,” Khan wrote.

He said, “The interests of Pakistan and the United States in Afghanistan are the same. We want a negotiated peace, not civil war.”

Khan has formerly warned that a “civil war” could spark in Afghanistan after all the US troop withdraw.

“We oppose any military takeover of Afghanistan, which will lead only to decades of civil war, as the Taliban cannot win over the whole of the country, and yet must be included in any government for it to succeed,” he wrote.