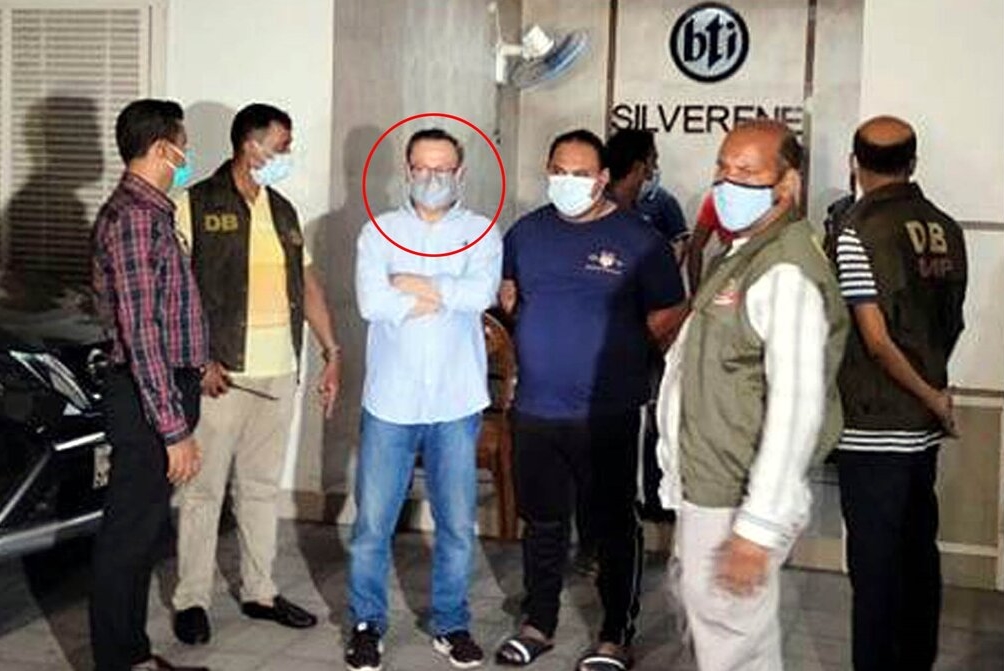 Earlier, the duo were remanded for seven days in a narcotics case

Real Estate businessman and former president of Uttara Club Ltd Nasir U Mahmood and Tuhin Siddique Omi have now been remanded for five days in a case filed by film star Pori Moni on charges of attempted rape and murder.

Dhaka Judicial Magistrate Razib Hasan issued the order on Wednesday after Inspector Kamal Hossain of Savar police station produced the two persons in court seeking a 10-day remand for each.

Defence lawyers submitted two separate petitions seeking their bail, appealing to the court to reject the remand prayers for their clients. But the court rejected the petitions after hearing.
Earlier in the day, Dhaka Metropolitan Magistrate Debabrata Biswas sent the duo to jail on completion of their 7-day remand in a case filed under the Narcotics Control Act with Airport police station

Detective Branch (DB) of Police Inspector Udoy Kumar Mondal, the investigation officer of the case, told the court that the accused had given important information in remand which could not be disclosed for the sake of a proper investigation of the case. Therefore they needed to be in jail.

On June 14, actor Pori Moni filed a case with Savar police station against businessman and former president of Uttara Club Ltd Nasir U Mahmood and five others on charges of attempted rape and murder.

The Dhallywood star claimed Nasir and Omi wanted to rape and murder her when she visited Dhaka Boat Club on June 8.
Soon after the case was filed, a manhunt was launched and suspects Nasir and Omi were taken into custody.

Following their arrest from Uttara, police filed a case against Nasir and Omi over the recovery of liquor and yaba tablets during the raid with the Airport police station.

Three women were also arrested with them, all of whom were remanded for three days in the same case.
Meanwhile, Dhaka Boat Club expelled Nasir from its executive committee following his arrest and scrapped the membership of Omi.