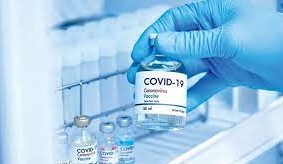 The United States’ Centers for Disease Control and Prevention (CDC) is planned to host a panel of experts on Wednesday to discuss about more than 300 confirmed cases of heart problems among adolescents who have received the Pfizer/BioNTech vaccine.

During the session, the experts will hear a risk-benefit analysis about whether the shots can cause myocarditis, as well as cases of inflammation of the heart lining.

“These cases are rare, and the vast majority have fully resolved with rest and supportive care,” said the CDC director Rochelle Walensky last week.

Although 300 cases out of 20 million adolescents who have received their shots is not a great number, many believe that it is still likely higher than what would otherwise be expected for the age group.

The vaccination of adolescents in the US was begun in mid-May after the CDC voted 14 to 0 in favor of the use of the mRNA vaccine made by the Pfizer/BioNTech.

This came as, according to the national polls, only a limited number of families were eager to get their children inoculated.

Nearly a month later, the CDC announced that the preliminary findings from two vaccine safety monitoring systems suggest a higher-than-expected number of cases of heart inflammation after the second dose of mRNA COVID-19 vaccines in young men.

More than half of the myocarditis or pericarditis cases reported to the US Vaccine Adverse Event Reporting System after patients had received Pfizer/BioNTech vaccines were in people between the ages of 12 and 24, the CDC said on June 10, 2021.

The body also promised to hold a meeting of its Advisory Committee on Immunization Practices to further evaluate the evidence and assess the risk of myocarditis following mRNA vaccination for COVID-19.