40 districts in Bangladesh now at very high risk, says WHO 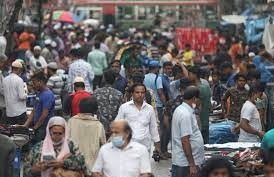 In the wake of a dramatic surge in infections, two-third of Bangladesh is now at very high risk of the coronavirus, according to the World Health Organization (WHO).

WHO identified the levels of risk based on a one-week (14-20 June) sample test and patient identification rate.

Bandarban district was not taken into consideration, as the cases detected there are low, it said.

The report flagged all of the 10 districts in Khulna division as very high risk zones.

Seven districts in Dhaka division are at very high risk, it said before adding, two districts, including Dhaka, are at high risk while four others are at medium risk.

In Chittagong division, six districts, including Chittagong, are at very high risk, three flagged as high risk zones and one as moderately risky.

In Barisal division, three districts are at high risk and three at medium risk.

For the Sylhet and Mymensingh divisions, coronavirus cases and infection rates are still relatively low, says the weekly update by WHO.

Public health experts in Bangladesh have warned that the pandemic could take a catastrophic turn in the wake of rise in infections across the country, especially the border districts.

On Wednesday, the daily infection rate crossed 20%, up from 15% percent a week ago.

Single-day death toll hit the highest in 55 days on Wednesday, when 85 fatalities were reported. On April 29 this year, the country saw 88 deaths.