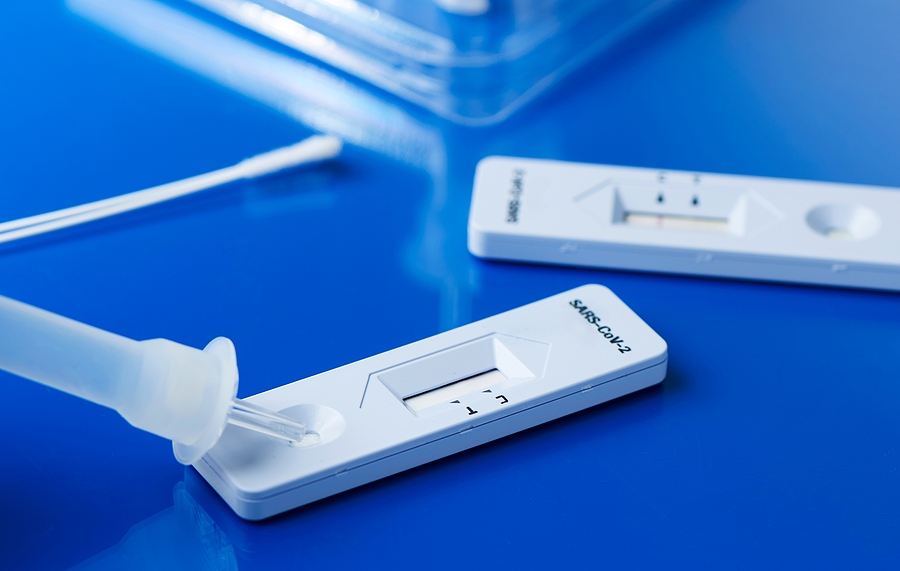 A gazette will soon be issued in this regard, says health minister

The fee for each test will cost Tk700.

A gazette regarding this will be issued in a day or two, Health Minister Zahid Maleque said on Thursday night.

The antigen test takes some 20-30 minutes to give results.

The health minister said only hospitals of high standards would be allowed to conduct antigen tests.
The government took the fresh initiative following the recommendation of the Directorate General of Health Service (DGHS) to introduce antigen testing in private hospitals, clinics and laboratories, alongside the rt-PCR test for Covid-19.

The DGHS, in a letter sent to the Health Services Division of the Health Ministry on June 1, said it was crucial to introduce antigen testing along with the rt-PCR testing during the pandemic.

Although the state-run hospitals are charging Tk100 for the antigen test, it is mandatory to start the testing in private organizations as well, according to the DGHS.

It said the Directorate General of Drug Administration had already approved two antigen test kits – Biosensor and Panbio – for use in Bangladesh. Both brands cost Tk500 per kit.

Private healthcare organizations can charge a maximum of Tk700, including service charges, for each test, the DGHS proposed.

On December 5 last year, the government began the antigen-based rapid testing in 10 bordering districts of the country.