Kremlin regrets opposition to idea of EU summit with Putin 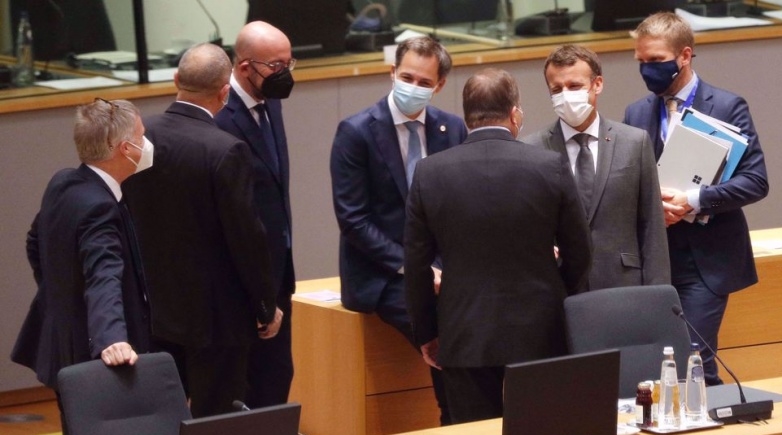 The Kremlin says it regrets a decision by European Union (EU) leaders to reject a German-French proposal to hold a summit with Russian President Vladimir Putin.

EU leaders said on Friday that they had rejected a push by German Chancellor Angela Merkel and French President Emmanuel Macron to invite Putin to a summit. The proposal came after US President Joe Biden met the Russian president last week.

“The European position is fragmented, not always consistent, and sometimes unclear,” Peskov said.

At late-night EU talks on Thursday, states, including the Baltic countries and Poland, voiced their opposition to resuming dialog with Putin at a time of worsening relations between the bloc and Moscow, claiming that it would send the wrong message.

Peskov slammed Poland and the Baltic states, saying they “often speak groundlessly” about a threat from Russia.

The last time EU leaders and Putin met was in early 2014, just months before the Black Sea peninsula of Crimea voted in a referendum to fall under Russian territory. That deepened a rift between Ukraine and the West on the one side and Russia on the other.

An armed conflict in eastern Ukraine that erupted in the same year also aggravated the dispute. The EU imposed sanctions on Russia over the conflict and Crimea’s unification.

Kiev and its Western allies accused Moscow of having a hand in the ongoing conflict. Moscow, however, denies the allegation.

NATO has also been routinely involved in military activities near Russia, including in the Baltic states. Putin recently expressed exasperation at NATO’s “never-ending” military build-ups near his country’s borders.