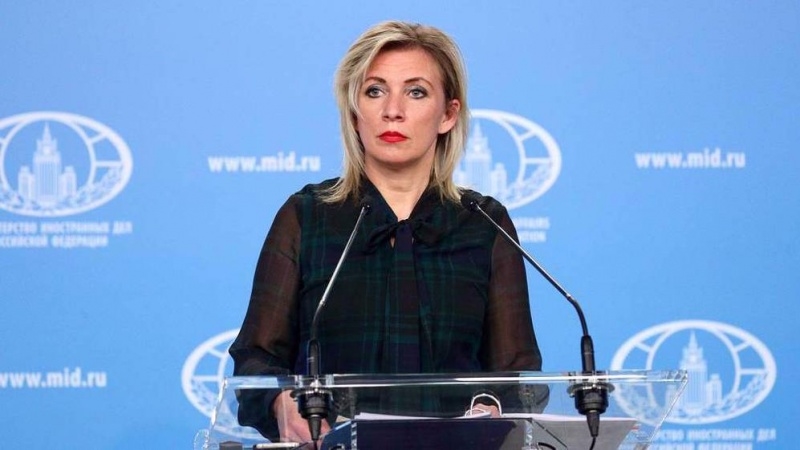 Russia says hostile actions by a British warship near Russian territorial waters could not have been carried out without the urging of the US.

Russian Foreign Ministry Spokeswoman Maria Zakharova said the White House and the Pentagon had referred reporters to London to ask London about the warship incident in the Black Sea.

“Why so? The ship was still in the northwest part of the Black Sea waters in preparations for the Sea Breeze drills held under the US command. American experts note that special ops unit of the US, the UK and Ukraine were engaged in trainings aboard the ship at the time of the incident. In these conditions, it is impossible that the ‘peaceful passage’ of the British destroyer was not agreed with the ‘big brother’,” she wrote on her Telegram channel.

The destroyer, the ministry said, had traveled three kilometers deep into Russian territorial waters when it was warned about the possible use of force.

The British warship initially ignored the warning, prompting a Russian border guard ship to fire warning shots while an SU-24M bomber dropped warning bombs ahead of the destroyer, finally forcing it to turn back and leave Russian waters.