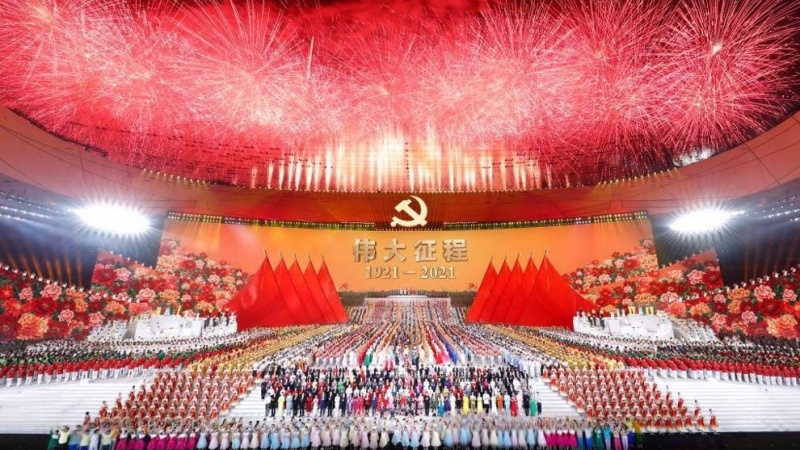 China’s President Xi Jinping has called on the Chinese Communist Party members to advance toward the second centenary goal of the country as the nation prepares to commemorate the ruling party’s 100th founding anniversary.

Xi on Tuesday asked the party’s members and officials to advance toward the second centenary goal of fully building a modern socialist country, as well as national rejuvenation.

Xi made the remarks during a medal awarding ceremony honoring 29 members as part of the ruling party’s 100th anniversary celebrations this week.

Soldiers, community workers, and professionals in the arts and science were among those who were granted the “July 1 medal” — announced in 2017 and given out for the first time on Tuesday — for their “outstanding contributions” to the party.

During the ceremony, Xi, who is also the general secretary of the Party’s Central Committee, said the party had written a great chapter in the history of the Chinese nation’s development and that of humanity’s progress over the past century.