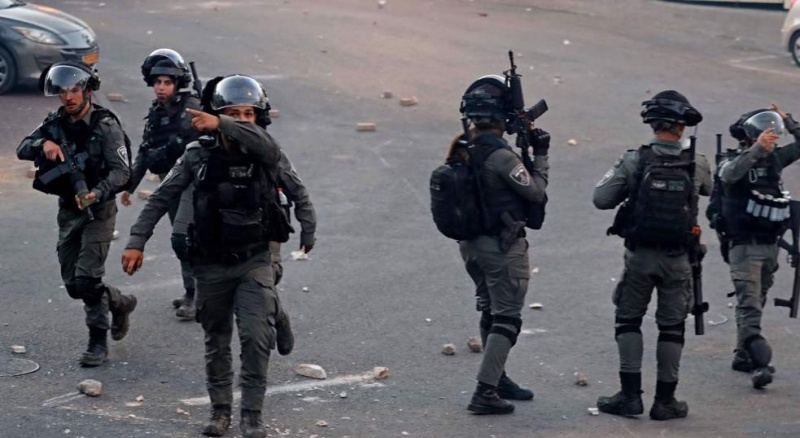 Zionist regime forces have kidnapped 18 Palestinians and injured several others in several raids across the West Bank.

The raids sparked clashes with the residents of the area which saw Israeli regime troops firing barrages of tear gas and stun grenades.

To the northwest of Ramallah, two other Palestinians were kidnapped by Israeli regime soldiers who stormed and ransacked their houses in Kafr Ni’ma town.

They also raided Bili‘in village, west of the city, kidnapping another Palestinian.

In Nablus, Israeli military vehicles stormed al-Ma‘ajin neighborhood. A resident was arrested during the raid.

Two others were illegally detained in separate raids in Rujeib and Beit Dajan villages, southeast and east of Nablus City.

Uniform soldiers later stormed the camp in Jenin and opened fire at the residents who attempted to block their passage, wounding three, including a woman.

Israeli forces carried out similar raids in Anzah village and Arraba town, southwest of Jenin, and kidnapped three others.

In the southern part of the West Bank, Israeli soldiers stormed the Dheisheh refugee camp, south of Bethlehem City, and detained two teens at their houses.

The arrests sparked clashes with soldiers and a Palestinian young man was hit by live ammunition fired by the Israeli troops.

Three other Palestinians were detained in Husan and Artas villages in Bethlehem Province.

Moreover, Israeli forces detained a Palestinian during a raid in the southern part of al-Khalil city.

The Israeli military frequently carries out wide-ranging arrest campaigns across the West Bank under the pretext of searching for “wanted” Palestinians.

Some Palestinian have even been held in administrative detention for up to eleven years.