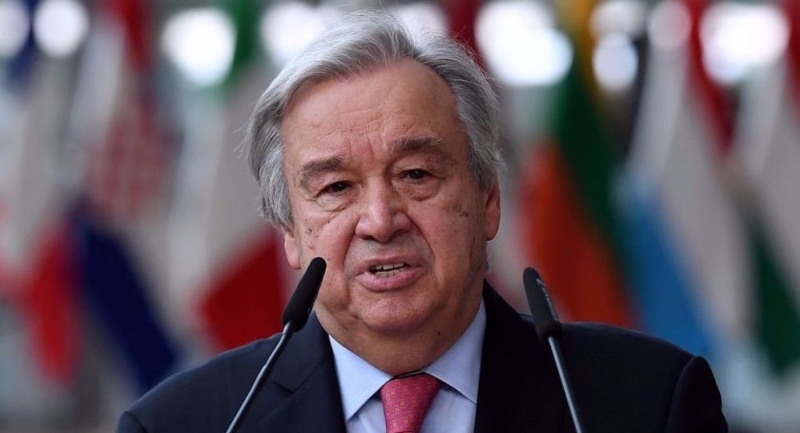 United Nations (UN) Secretary-General Antonio Guterres has called on the United States to fully remove or waive the sanctions it has imposed on Iran, as agreed under the Joint Comprehensive Plan of Action (JCPOA).

According to reports, he made the appeal to Washington in a report to the UN Security Council on Tuesday, amid ongoing talks between the remaining signatories to the 2015 nuclear deal in the Austrian capital of Vienna aimed at reviving the JCPOA.

“I appeal to the United States to lift or waive its sanctions outlined in the plan,” said Guterres.

The UN chief further urged the administration of US President Joe Biden to “extend the waivers with regard to the trade in oil with the Islamic Republic of Iran, and fully renew waivers for nuclear non-proliferation projects.”

Iran’s top negotiator in the Vienna talks, Deputy Foreign Minister Abbas Araqchi, has said Tehran has already made its tough decisions to save the agreement and it is now time for the other parties to act similarly.

Since April, representatives from Iran and the P4+1 group of countries — France, Britain, Germany, Russia, and China — have been holding talks in Vienna aimed at revitalizing the JCPOA and bringing the US back to compliance.

The new US administration, of President Biden, has said it seeks to rejoin the deal, but it has taken no concrete action so far to make that happen.

Tehran insists that all sanctions should first be removed in a verifiable manner before the Islamic Republic reverses its remedial measures.

Araqchi said last week that all documents were now almost ready for a final deal and it was time for other parties to the accord to make up their minds.