Fakhrul to youths: Wake up for movement 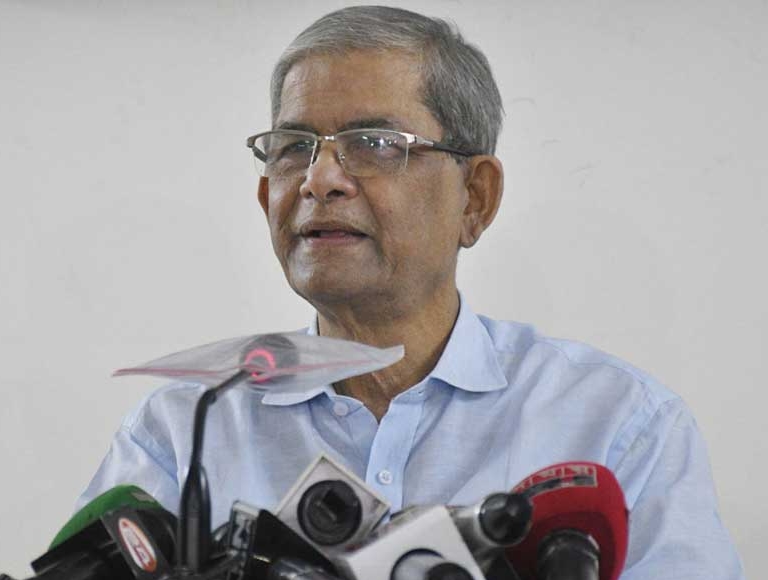 BNP Secretary General Mirza Fakhrul Islam Alamgir on Friday called upon the youth to wake up and reinforce the movement for the restoration of democracy.

“There’s no alternative to a movement if we want to restore the democratic system in Bangladesh, materialize the dream of the 1971 independence and fulfil the aspirations of the people,” he said.

Speaking at a virtual discussion, he said: “I would like to call upon the youth to come forward as time is running out fast. You’ve to wake up and save the country and its people.”

The event was organized by BNP’s national committee on celebrating the Golden Jubilee of the Independence commemorating the day of detention of Khaleda Zia along with her two sons by the Pakistani occupation forces during the Liberation War.

Fakhrul said they want to carry out the movement not in the interest of any individual or any party as it is meant for freeing the nation from the grasp of the current regime which is destroying all the achievements of the nation.
He said BNP Chairperson Khaleda Zia was sent to jail as she tried to restore democracy and people’s all lost rights.

The BNP leader said their party’s over 500 leaders and activists have been made disappeared and hundreds of others have been implicated in different cases. “So, BNP must play the leading role in changing the prevailing situation of the country.”

Standing committee member Khandaker Mosharraf Hossain said they decided to observe the day of Khaleda’s detention by the Pakistani forces since the government has been trying to distort the history of the Liberation War to mislead the young generation.

He alleged that Awami League wants to undermine Zia and Khaleda getting scared of the huge popularity of BNP.

Another standing committee member, Mirza Abbas, said Awami League does not want to hold a fair and credible election as the party has no popularity. “That’s why the party is now trying to shift the NID from the Election Commission to the Home Ministry to cement its power.”

He said people are getting ready to bring a change in power by ensuring the fall of the current government.