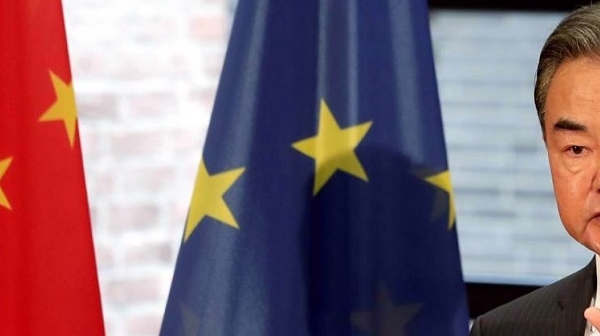 The United States’ unilateral withdrawal from the 2015 nuclear deal and its ‘maximum pressure’ campaign against Iran are the “root causes” of the current stalemate, Chinese Foreign Minister Wang Yi has told a global peace forum.

According to Press TV, addressing the opening ceremony of the 9th World Peace Forum, China’s top diplomat said it is “most critical” for the US to “make an earlier decision” to rejoin the Joint Comprehensive Plan of Action (JCPOA), also known as the Iran nuclear deal.

Hua Chunying, a spokesperson for the Chinese foreign ministry, in a series of tweets on Sunday quoted from Wang’s keynote speech, in which he urged the US to “correct its wrongdoings”.

“To start with, it should lift, fully, unreservedly and thoroughly its illegal unilateral sanctions on Iran and third parties, so as to encourage Iran to move in the same direction and to push for breakthroughs in the negotiations,” she tweeted, quoting Wang.

Wang’s remarks came as Iran and the world powers have for the past several months been engaged in strenuous efforts to salvage the 2015 nuclear accord, and undo the damage done by former US President Donald Trump.

The efforts, however, have been dampened by Washington’s dogged refusal to return to the deal and remove sanctions on Iran as previously pledged by the Biden administration.

Iran has maintained that an agreement is “within reach” on the removal of sanctions, but what remains is for the US to take a “political decision” and change course on the “failed legacy” of the Trump regime.

Iran and the six world powers – China, Russia, the US, France, Britain and Germany – clinched the deal in July 2015, but Trump unilaterally withdrew the US in May 2018 and unleashed a “maximum pressure” campaign against Iran.

In response, Iran announced remedial measures, scaling back some of its commitments under the deal, while maintaining that the moves were ‘reversible’ depending on the actions of the other signatories.

China and Russia have been vocal supporters of Iran’s position since Biden took office.

Iran and China have deepened their bilateral partnership with the 25-year comprehensive strategic partnership, causing jitters in Washington.