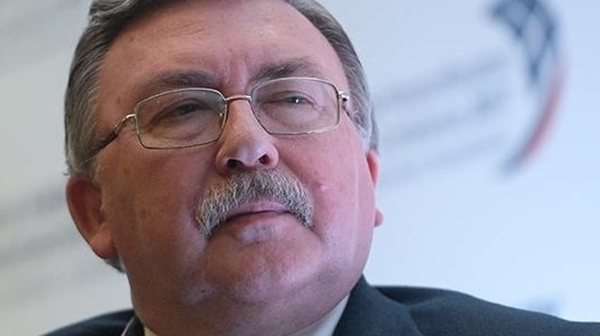 Russia’s lead negotiator at the Vienna talks on the revival of the Iran nuclear deal says the ongoing negotiations aim to restore the 2015 agreement in its original form, rejecting “unrealistic and counterproductive” attempts to include new topics such as regional security and Iran’s missile program in those talks.

According to Press TV, in a tweet on Monday, Mikhail Ulyanov, Russia’s Permanent Representative to International Organizations in Vienna, said some analysts and officials advocate for addressing new topics in the context of the Vienna talks which is “an attempt to hit 3 birds with 1 stone.”

“In the context of #ViennaTalks some analysts and officials advocate for addressing new topics such as regional security and missiles. An attempt to hit 3 birds with 1 stone. Unrealistic and counterproductive. The agreed goal of the talks is just to restore the original #JCPOA,” the senior Russian diplomat tweeted, referring to the nuclear deal, officially known as the Joint Comprehensive Plan of Action, which was signed between Iran and major world powers in 2015, and was abandoned by the US three years after its conclusion.

The US, under former President Donald Trump, left the JCPOA in 2018 and initiated a “maximum pressure” campaign of tough economic sanctions against Iran, prompting Tehran to take remedial measures by gradually reducing its nuclear commitments under the deal.

The remaining parties to the JCPOA — France, Britain, Germany, Russia and China — have been engaged in talks since early April to bring the United States back into the deal.

On June 20, the sixth in-person round of the talks came to an end so that the negotiators would return to their capitals for further consultations, which turned out to be the longest break the diplomats have taken since the beginning of the negotiations.

Russian Foreign Minister Sergei Lavrov on Friday commended “significant progress” made in the Vienna talks, urging the United States to completely and unconditionally renew all its obligations to return to the agreement.

Lavrov pointed to the main obstacles hindering the JCPOA revitalization and said, “If the United States unilaterally withdrew from the agreement and thereby violated the UN Security Council Resolution [2231] in a gross manner, then, probably, the US return to the JCPOA presupposes a complete and unconditional renewal of all obligations.”