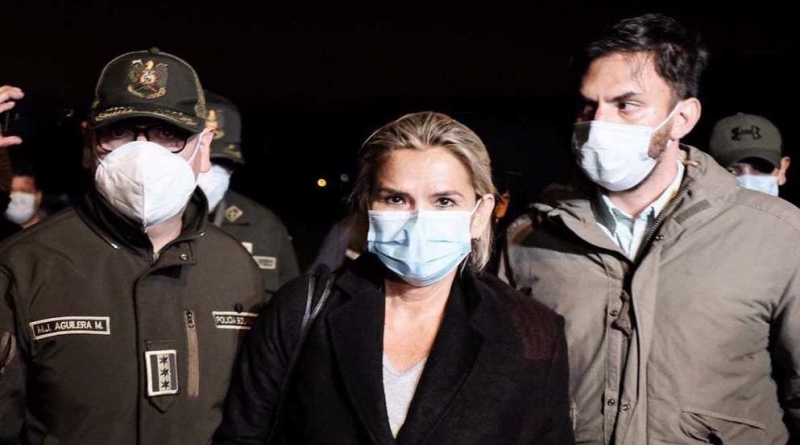 The Prosecutor’s Office publicly announced on Monday that it had admitted a new charge against Anez for the massacre of people in clashes with police and military forces in November 2019.

The document specifically indicates Anez “for the alleged commission” of genocide, serious injuries, and injuries.

At the time, people were protesting across Bolivia demanding respect for the victory of former president Evo Morales in the annulled election of that year. In events in the cities of Senkata and Sacaba that same year, police and military forces killed scores of people.

Back then, Anez claimed that the shots had been fired among the demonstrators themselves and that the security forces had not used lethal weapons.

Anez has been in prison in La Paz for almost four months for another legal process in which she is accused of terrorism, sedition, and conspiracy. Now, the action by the Prosecutor’s Office could lead to the handover of the investigation so that the parliament may decide on the trial of responsibilities against her.

Morales, who won Bolivia’s presidential election for a fourth term in October 2019, was forced to resign in November that year and go into exile in Mexico and then in Argentina. Later on, Anez, a former senator, assumed power as the interim president. However, she withdrew her candidacy from the next presidential election in October last year, one day after polls revealed that Luis Arce, the pro-Morales candidate, was in the lead.

Arce, who had served as Morales’ minister of economy and public finance, won the election, ousting Anez and ending her interim government’s attempts to prosecute Morales’ supporters.

Morales returned home from forced exile after Arce became president and the party he had founded in 1995 once again became the ruling party. The former president currently plays a leading role in the party, the Movement for Socialism (MAS).