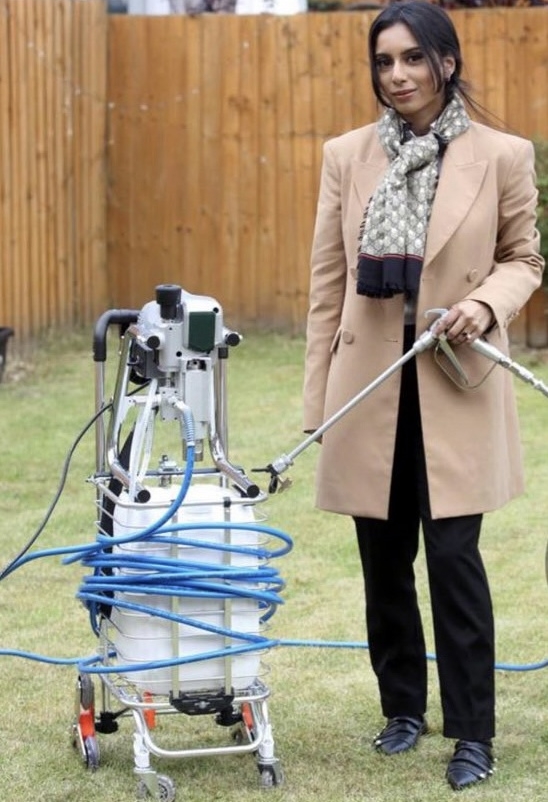 The NHS, NASA and various independent peer reviewed labs have all successfully trialled Voltique – which will now be taken on by a number of governments and blue chip companies

A young British scientist of Bangladesh origins has developed a revolutionary disinfectant solution that has been deemed “ground-breaking” in the global fight against Covid-19.

After 14 months of research, Sadia Khanom, 26, developed “Voltique”, a spray that attracts and kills all pathogens (viruses, bacteria, fungi and other microbes) on any surface it is applied to for 14 days.

The NHS, NASA and various independent peer-reviewed labs have all successfully trialled Voltique – which will now be taken on by a number of governments and blue chip companies.

Hospitals in the UK said the spray is 100% effective in killing coronavirus and has the potential to save organizations 70% of their cleaning product bills.

Khanom has already received orders for £10 million worth of Voltique from as many as 13 countries around the world.

The spray can be used in medical facilities, hotels, motels, restaurants, aircraft, and nuclear stations.

Khanom said: “I have been obsessed with science from an early age. My passion piqued at the age of 14, when my grandfather developed Alzheimer’s, and from then on I have made it my mission to prevent the disease.”

She was about to pursue a PhD in Alzheimer’s Research and Neurodegeneration when the pandemic struck.
“I have a strategy to find an early intervention for Alzheimer’s, however, my restriction has been lacking funding. By creating something like Voltique, I could create a solution for Covid-19 whilst funding my Alzheimer’s research at the same time,” she added.

Khanom used her parent’s restaurant, Café India, as her initial case study and tested her invention on different services.

“I have studied Covid-19 extensively and have also conducted a great deal of research on all common disinfectants on the market. After months of research, I finally found the perfect formula and called it Voltique,” she said.

Alongside scientific innovation and development professional Colin Hagan, Khanom plans to roll out the potentially life-saving invention on a global scale.

Her father Kabir Ahmed is a proud man now. “There is nothing more joyous than knowing we can help people around the world with this discovery of my daughter,” he said.

The family lives in Chester, UK. Her father is a restaurateur, and her grandfather Azmat Ali migrated to the United Kingdom from Sylhet’s Bishwanath back in 1964.

Her father first admitted her to the local Blackburn Madrasa, as he wanted his daughter’s education to start with lessons on religion.

From Blackburn Madrasa, she successfully passed her GCSE and Alima course. She went on to study at Holy Cross Sixth Form College, Manchester, and eventually earned a Masters in Genetics from Chester University.