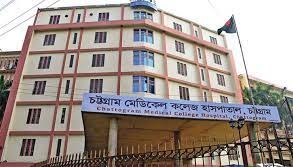 The district reported nine deaths in 24 hours to Thursday

The new cases were detected after testing 2,109 samples, according to a report provided by the district’s Civil Surgeon office.

With the new numbers, the district’s death toll reached 744 on Thursday, while the caseload climbed to 62,913.

Of the deceased, two were from the municipal area and seven from upazilas.

Among the fresh cases, 477 are from the municipal area and 236 from upazilas.

According to the Civil Surgeon office, the samples were sent for testing on Wednesday to 11 labs in Chittagong and one to Cox’s Bazar Medical College and Hospital’s lab.