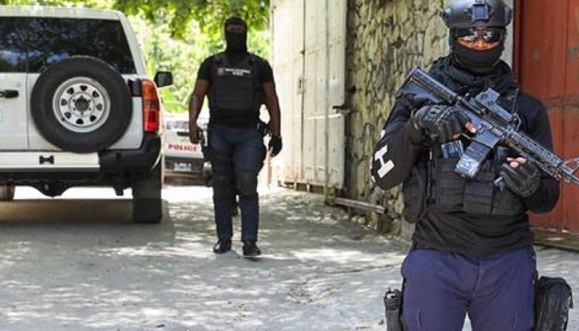 The United States says it rejected a request from Haiti’s government to deploy troops in the Caribbean country after the assassination of President Jovenel Moise even as Washington is under suspicion for the involvement of two Americans.

Mathias Pierre, Haiti’s elections minister, said the request for US security assistance was raised in a conversation between interim Prime Minister Claude Joseph and US Secretary of State Antony Blinken on Wednesday but a senior US administration official later announced that there were “no plans to provide US military assistance at this time.”

The request was for the US dispatch of troops to support the national police in re-establishing security and protecting key infrastructure across the country following Moise’s assassination.

The 53-year-old Haitian president was killed in an armed attack at his private residence in the capital Port-au-Prince by a group of gunmen who spoke Spanish and English.

Moise’s wife was also wounded in the attack and taken to a hospital for treatment.

Police in Haiti said the assassination was carried out by a commando unit of 26 Colombian and two American mercenaries identified as James Solages and Joseph Vincent, both from Florida.

Seventeen of the men were captured, including the two American citizens, and three others were killed and eight remain at large, according to Haitian police.

The assassination opened up a political vacuum just as Moise and other civil leaders were preparing for elections and discussing revisions to Haiti’s constitution.

Moise, elected in 2016 with less than 600,000 votes out of a potential 6.1 million, was sworn in as president in 2017 and contended his term to be extended until 2022 despite calls from the opposition to step down.

Only a day before his death, Moise appointed a new prime minister, who was due to take office this week. Haiti is scheduled to hold presidential and legislative elections on September 26.