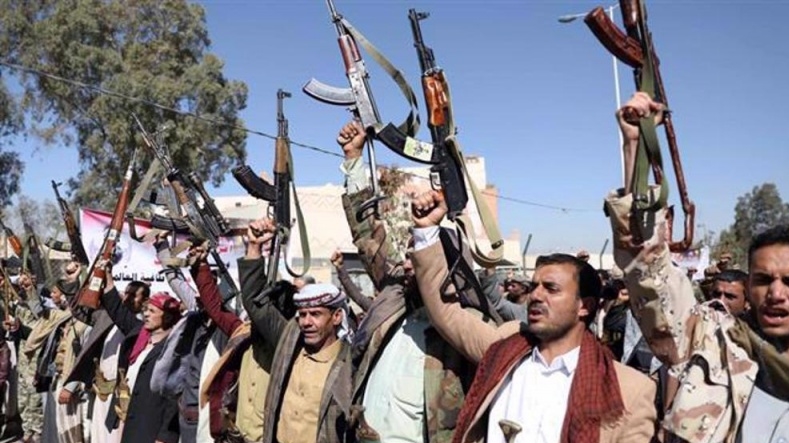 The media bureau of Yemen’s Operations Command Center has published video footage of Yemeni army forces and allied fighters conducting a large-scale anti-Saudi military operation in the central province of al-Bayda, and establishing control over several regions there.

The video shows Yemeni troops and their allies, backed by local tribal fighters, engaged in a major offensive against Saudi-led coalition forces and their Takfiri mercenaries on the outskirts of the strategic Az Zahir district.

The Yemeni armed forces repeatedly strike the positions of Saudi forces and militants as the latter flee the area en masse to save their lives.

The video goes on to show the Yemeni army forces and allied Popular Committees fighters purging several areas, which terrorist groups had long been using as strongholds to make bombs and various explosive devices under the auspices of the Saudi-led coalition.

The Yemeni army soldiers and Popular Committees fighters inflicted heavy losses on the ranks of Saudi-backed extremist outfits during the multi-pronged military operation, before they managed to establish complete control over Az Zahir district and several other areas.

On Thursday, the spokesman for Yemen’s popular Ansarullah movement said despite having mobilized members of al-Qaeda in the Arabian Peninsula (AQAP) and Daesh Takfiri terrorist groups, the Saudi-led military coalition and its mercenaries have failed miserably in their battles against the Yemeni armed forces and their allies in Bayda province.

“The Saudi-led alliance has so far reaped nothing other than defeat on every front. The coalition has received severe blows in al-Bayda, even though it has hired al-Qaeda and Daesh terrorists,” Mohammed Abdul-Salam wrote in a post published on his Twittter page.

He noted that the Riyadh regime and its allies are bogged down in the Yemen quagmire, no matter how hard they struggle to escape.

Earlier, a Yemeni military source, speaking on condition of anonymity, told Yemen’s al-Masirah television network that Yemeni troops and Popular Committees fighters had carried out two military operations in the Az Zahir and As Sawma’ah districts of Bayda province.

The source noted that more than 80 Saudi-paid mercenaries, including senior commanders, were killed or injured during the offensives. Several areas were also liberated from the grip of Saudi-backed Takfiri militants.