Bashundhara MD Anvir ‘not at fault’ for Muniya’s death: police 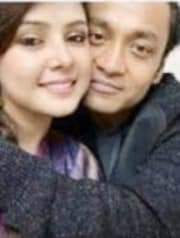 The report was submitted to the court on Jul 19, said Sudeep Kumar Chakravarty, deputy commissioner of the Gulshan branch of Dhaka Metropolitan Police.

“The investigation did not find evidence of Bashundhara Group MD Sayem Sobhan Anvir inciting the suicide of Muniya and so, the final report has recommended his name be dropped from the case.”

The body of the college student was found hanged in a flat in Dhaka’s Gulshan on Apr 26
The victim’s sister, Nusrat Jahan, filed a case with Gulshan Police Station accusing Anvir of inciting the suicide.

Muniya was an HSC candidate at a college in Dhaka. After losing her parents, she was living in the capital alone while other members of her family were in Cumilla.

According to the case filed by Muniya’s family, Sayem had an “affair” with Muniya and used to visit her at a Gulshan flat he rented for her.

They allege that he had promised to marry her, but later refused, threatened her and asked her to leave, which spurred her to suicide.