Bangladesh re-enters its ‘strictest’ coronavirus lockdown yet after Eid break 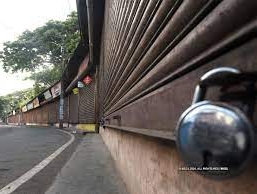 The Bangladesh government is reimposing a lockdown on Friday with curbs dubbed “strictest yet” after a nine-day break for Eid-ul-Azha in a desperate intervention to stem the tide of record coronavirus infections and deaths.Along with the police and other security forces, the army will be back on the streets to ensure no one breaches the stay-at-home guidance without an emergency reason from 6am to Aug 5 midnight.

There were speculations that the government would defer the lockdown, but State Minister for Public Administration Farhad Hossain on Thursday confirmed they were sticking to their plans to reimpose the restrictions.

“We don’t have a choice but to be stringent as we saw a lot of movement before Eid. There is no alternative (to a lockdown) for controlling the spread of the coronavirus infection.”

As Farhad was speaking to media on Thursday afternoon, scores of people thronged Shimulia port to return to Dhaka after celebrating the Eid with their relatives.

Some also crowded Gabtoli bus terminal to leave the city and spend the 14 days of lockdown back at home towns and villages.

Asked if those who had left Dhaka for the Eid break would have a chance to return before the lockdown, the state minister said, “Let those who have left stay put until Aug 5 since everything is closed.”

Along with the offices, factories will also be shuttered this time. The time for wet markets and shops selling daily necessities has been reduced by two hours.

Bangladesh is currently going through the most devastating wave of infections after the number of patients had begun to rise in April due to the highly contagious Delta variant of the coronavirus. The situation improved slightly in May before worsening again.

After infections had begun to rise again in June, the government enforced a harsh lockdown for a week from Jul 1 following expert advice. It was extended by another week as the situation continued to worsen.

The police arrested more than 9,000 people in Dhaka for the breach of restrictions in those 14 days. People, however, began returning to the streets for work ahead of the Eid by the end of the lockdown with their savings and sources of money drying up.

In this grim reality, the government decided to allow all to celebrate the Eid without any curbs by lifting the lockdown for nine days, ignoring warnings from the National Technical Advisory Committee on COVID-19 that loosening the restrictions would cause devastation.

As the number of sample tests dropped to one-fourth of the pre-Eid level on the day of the festival, the number of cases reported in the 24 hours to Thursday morning also dropped to a month-low. The case positivity rate, however, was the highest in a year. The death toll from COVID-19 in the daily count was 187, more than what it was a day earlier.

In this situation, some of the major points in the restrictions to be enforced from Friday morning are:

>> All public, semi-public, autonomous and private offices, except those running emergency services, are closed.