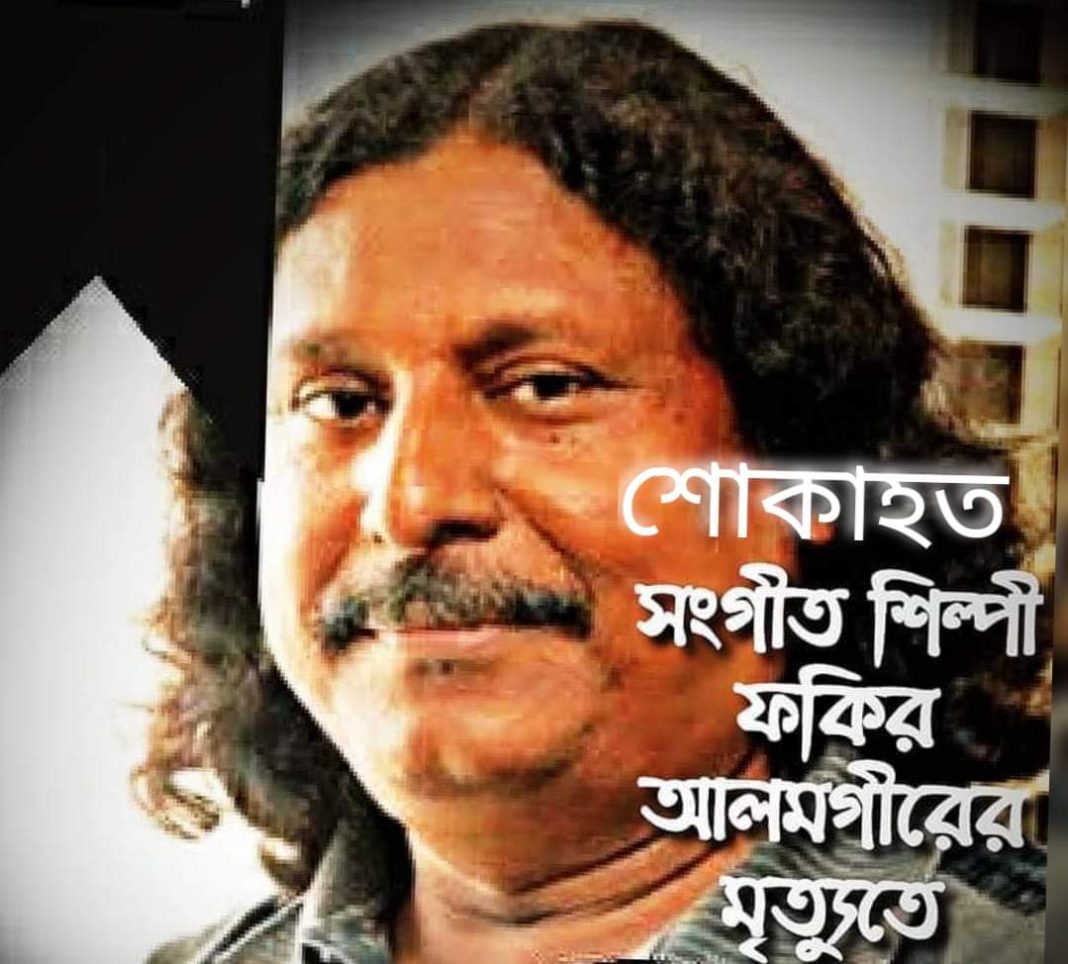 The mortal remains of Fakir Alamgir will be taken to the Central Shaheed Minar for the nation to pay homage to the folk music legend.His coffin will be kept there for an hour from 12 pm Saturday, his son Mashuk Alamgir said.

Before that, Fakir will receive a guard of honour at Pallima Sangsad in Khilgaon for his contributions as a freedom fighter during Bangladesh’s liberation struggle in 1971.

His first namaz-e-janaza or funeral prayer is also set to be held at the Pallima Sangsad followed by a second one at the Khilgaon Matir Masjid (mosque) after the Asr prayers.

Later in the the Fakir will be laid to rest at the Khilgaon Taltala Cemetery, according to his family.

Fakir Alamgir breathed his last at United Hospital around 11pm on Friday due to COVID-19 complications at the age of 71.

Alamgir, who was fully vaccinated against the disease, was diagnosed with the respiratory illness on Jul 14. He was hospitalised the next day due to breathing distress.

Known as a Gana Sangeet singer, later a pop artist, and his work with Swadhin Bangla Betar Kendra during the 1971 Liberation War, he won the Ekushey Padak, the second-highest civilian award, in 1999.

They remembered the role he played in strengthening patriotism and the Liberation War spirit among the youth through his songs.

Hamid and Hasina also extended sympathy to his family and prayed for him.