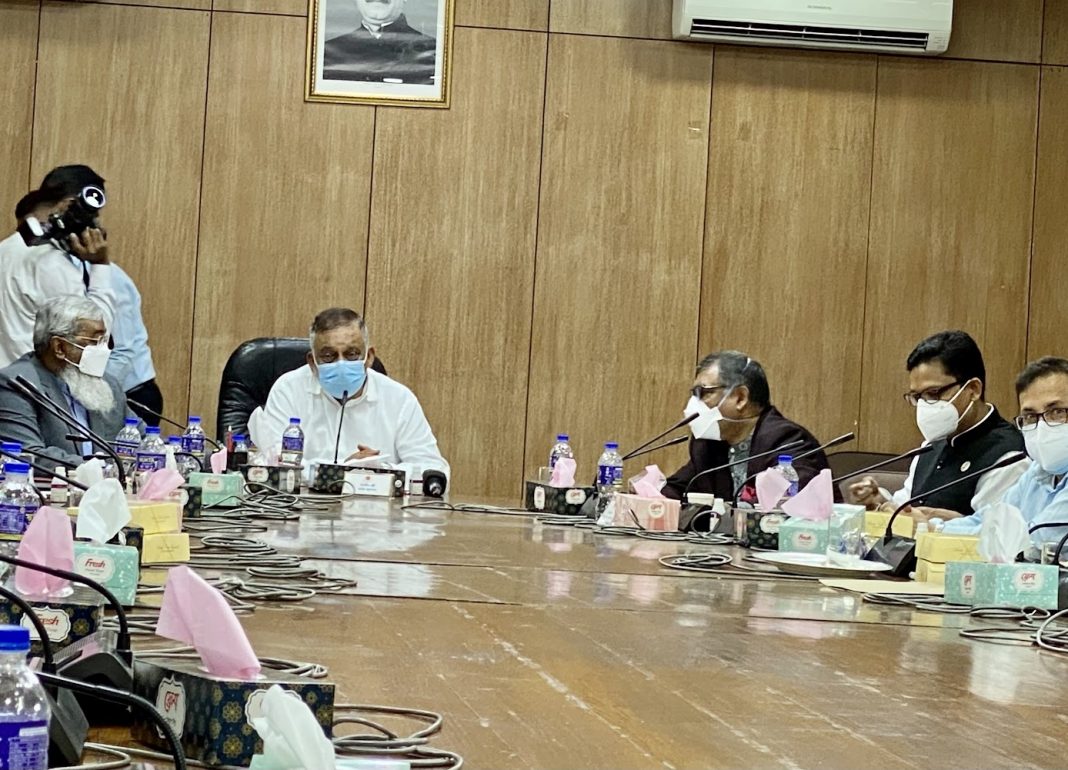 The government has decided to launch Covid-19 vaccination at union level through on-the-spot registration from August 7 in a bid to bolster the nationwide drive.

Potential recipients will have to bring their NID cards to the inoculation centres to receive the vaccine, Home Minister Asaduzzaman Khan told the media on Tuesday after an inter-ministerial meeting.

“We have learned from some other countries that vaccination is the way to reduce the Covid infection rate.

That is why we are focusing on mass vaccination under the direction of the prime minister,” said Asaduzzaman Khan Kamal, who chaired the meeting.

The minister said the vaccination program would be run in a combined way with the active participation of the law enforcement agencies, public representatives, social and religious leaders.

“Initially we will run a mass vaccination program with the existing vaccines that we have; in future more vaccines will arrive in the pipeline,” added Kamal.
Following the meeting, Health Minister Zahid Maleque said: “We are going to form a vaccine centre at each Union Parishad, so that everyone can get vaccines from their nearby union.”

He said 75% of Covid patients admitted at the hospital are aged over 50 and have a high death rate as well.
“Now we are focusing on them [people aged above 50] for vaccination,” Zahid Maleque added.

He said in future the vaccination program would be run at ward level when more vaccines arrived.
State Minister for ICT Zunaid Ahmed Palak, Cabinet Secretary Khandker Anwarul Islam, representees of the Armed Forces, police and coast guard, and several other top government officials were present at the meeting.

Vaccine for all frontline workers

“Their family members who are over 18 will also get the vaccine,” he added.

Those who do not have NID cards or birth registration certificates will also get vaccines through special arrangements, Cabinet Secretary Khandker Anwarul Islam said in response to a question in the briefing.

“We will send some extra vaccines to the centres to meet this demand,” he added.

Bangladesh launched its nationwide vaccination program on February 7. More than 11.8 million doses of four types of vaccines have been administered as of July 26, including the first and second shots.