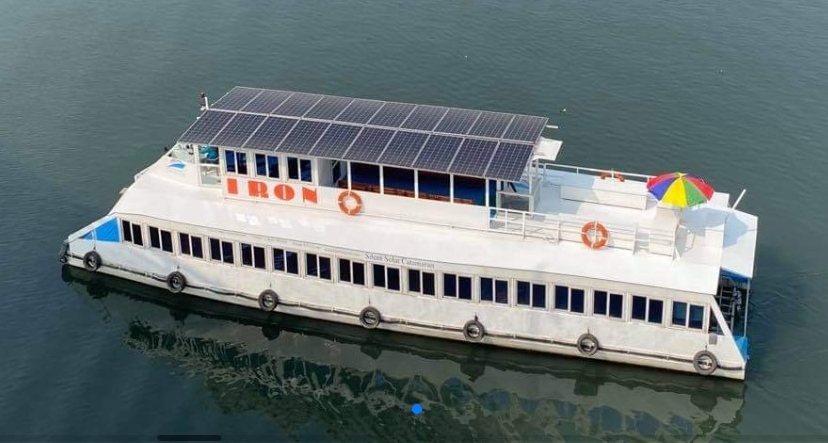 The boat is a 20.5m wood fibre composite solar catamaran custom-built with six cabins for passengers and used for tourism cruises

IRON, a solar catamaran made in Bangladesh, has won the Gustave Trouvé Electric Boat Awards 2021 in the Customized/DIY Electric Boats category.

The judges’ panel of Gustave Trouvé Electric Boat Association selected eight winners in as many categories by voting, according to media reports.

Named after Gustave Pierre Trouvé, a French electrical engineer and inventor in the 19th century, and organized by Canada’s Plugboat, this is the only electric vessel competition in the world.

Fully powered by rooftop solar panels and a battery bank, IRON has been designed with an innovative hull to be extremely energy efficient for large clocking speeds of up to 12km/h when using only one of its two 8kW electric motors.

The boat has two sections — upper and lower deck. The upper deck has a sitting capacity of 30 people and the cabins are in the lower deck including a dining and kitchen facility, according to Avijatrik’s website.