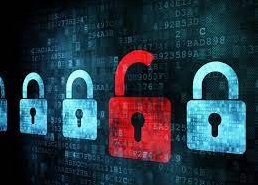 Bangladesh is developing Jogajog, a social media platform, as a homegrown alternative to Facebook, to ensure web security for the growing number of social media users in the country.

The beta version of the social media platform is set to come out within a year as it is being developed under the initiative of the Department of Information and Communications Technology (ICT).
State Minister for ICT Zunaid Ahmed Palak told media that although Bangladesh lacked logistics to develop something exactly like Facebook, the social media platform Jogajog would be effective in protecting the security of its users.

Jogajog will be different from other social networking platforms exclusive to specific countries, in that the government rather than a private organization is developing it.
Jogajog is going to be a medium like Facebook where user information and personal security would be safe on social media, Dr Dewan Muhammad Humayun Kabir, joint project director (joint secretary) of partner organization a2i told Dhaka Tribune.

“Our aim is that our country will control all security and safety issues and ensure it will not go into the hands of any other country,” he said.

At the same time, the features will be user-friendly to ensure everyone can enjoy it, Dr Dewan added.

The ICT division has already begun the policy making related work of the Jogajog platform under the direction of Prime Minister’s Information and Communications Technology (ICT) Adviser Sajeeb Wazed Joy.

Bangladesh Computer Council (BCC), a statutory body under the Ministry of Posts, Telecommunications and Information Technology, is working on developing the platform.

An open version will be developed later, where a million users will be selected at random to test the features, Palak said.

After that, Jogajog will be made available for all.
We need to create our own cloud servers as well. Because it requires a lot of data storage space to operate properly. 50 million people in Bangladesh are now connected to various social media platforms,” he said.

According to the state minister, Jogajog would enable local entrepreneurs to create their own online marketplace and group for information, data, and communication in contrast to foreign platforms.

Other apps developed in Bangladesh

Bangladesh has already developed an app titled Boithok, which is an alternative to the video conferencing platform Zoom, under the initiative of the ICT department last year.
Additionally, Alapan, an alternative platform to Whatsapp, as well as numerous streaming platforms and others were also developed.

Now, some young software engineers and programmers are working on Jogajog in BCC’s own lab.

In 2017-2018, they developed the app Alapan. Although it is not very popular yet, it is being used in government offices, which came in handy amid the pandemic, said Muhammad Younus Ali Sarder, A2i technology expert.

He said: “Boithok features unlimited time options, but if you want to continue a meeting after one hour you have to buy extra time with money on Zoom.”

Younus said people were more dependent on the popular apps rather than their alternatives.

“We are currently working on the development of two platforms as well as popularizing them among people,” he added.
All social media alternatives to be available by 2041

Palak said by 2041, alternatives to apps like Facebook, Zoom, WhatsApp and Viber would be fully used in the country.

He said there were already plans to develop a local streaming service to Bangladesh like Netflix, Amazon and hoichoi.

The ICT division is also planning to start developing mobile apps in the country soon.

He said: “When we talked about manufacturing mobile phones locally, it seemed impossible. Nevertheless, we did it successfully. We will take 100 steps and we hope that at least 10 of them will be effective. It is a matter of time but it will be implemented by 2041.”