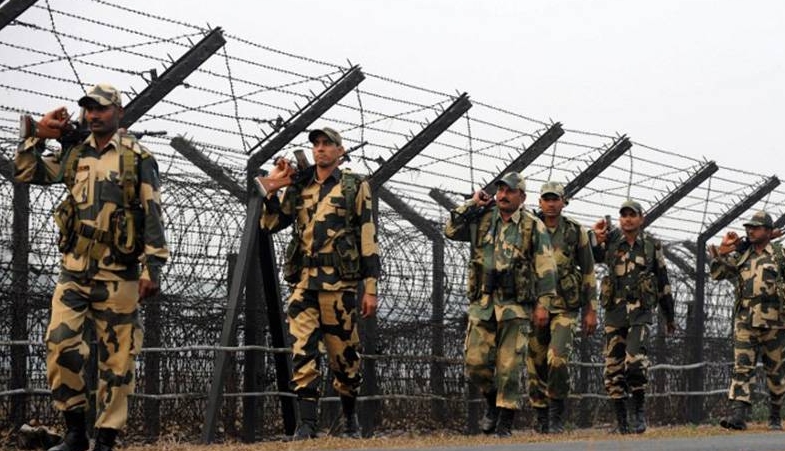 A 30-year-old Bangladeshi woman has been raped allegedly by a sub-inspector of India’s Border Security Force (BSF) on the pretext of interrogation inside a camp of the force at North 24 Parganas of West Bengal.

The accused, Rameswar Kayal, has been remanded for two days after being produced before a local court on Thursday, reports the Times of India.

According to police sources, two women — the survivor and her friend, both of whom are from Gopalganj — were trying to cross over the Jhaudandanga near Gaighata to enter Bangladesh illegally when BSF jawans from 158 Battalion detained them on Wednesday afternoon.

The complaint lodged by the woman with Gaighata police station says the BSF jawans took them to Kharer Math BSF camp where Kayal interrogated them. Later, he raped her in the camp when nobody was around, she claimed.

“My friend and I are associated with the sari business in Gujarat. We were trying to enter Bangladesh with the help of an unauthorized agent, who took 30,000 rupees from us. But we were caught by the jawans. Later in the night, I was interrogated alone and I was raped,” she said.

After being released from the BSF camp, the woman went to the police station and filed the complaint, causing the BSF officer to be arrested.
Kayal has been booked under Section of 376 in the Indian Penal Code and remanded in police custody. The woman’s confidential statement has been recorded by the magistrate under 164 the Code of Criminal Procedure,” said Samir Das, the chief public prosecutor of Bongaon ACJM court.