Pori Moni released from jail on bail in drugs case 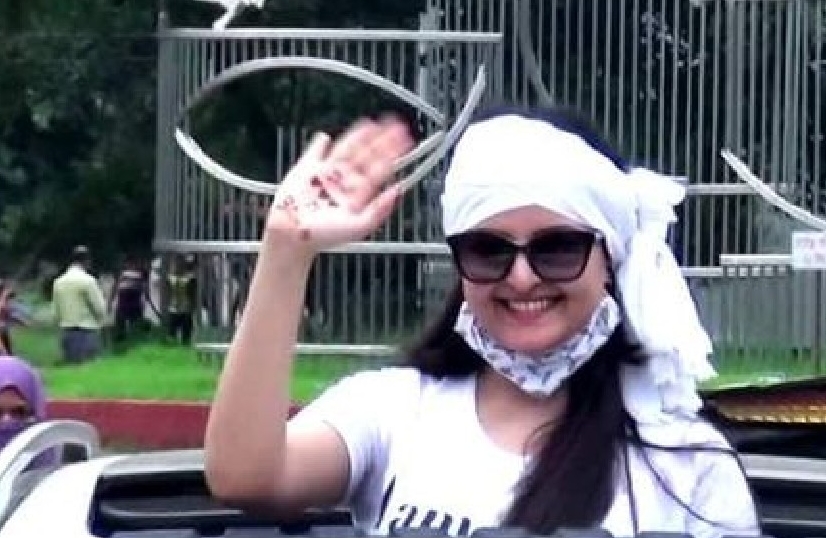 Dhallywood actor Pori Moni was released from the Women’s Central Jail in Kashimpur, Gazipur on Wednesday morning, a day after she secured bail in a drugs case.

She was released in her lawyer Niranjana Shurovy’s custody, in presence of her uncle Jashim Uddin, around 9:20am, said the jail’s Superintendent Halima Khatun.

Pori Moni’s fans had crowded the jail gate to catch a glimpse of her walking out of prison after nearly a month. She left in a white SUV, waving at the fans through the sunroof. She did not speak to the journalists present at the scene.

“We came to take Pori Moni in line with the legal procedure,” Shurovy told media while entering the jail earlier in the day.

She added that the actor was not taken home on Tuesday as they could not reach Kashimpur prison within 5:30pm after completing the formalities.

On Tuesday, a Dhaka court granted Pori Moni bail upon a bond of Tk 50,000, several days after the High Court issued a rule asking the lower court to hold her bail hearing without further delay.

She will be out on bail in the case — filed with Banani police under the Narcotics Control Act — until the final probe report or the charge sheet is submitted in court.

Prior to Tuesday’s bail hearing, multiple bail pleas of the film star was quashed by lower courts following the police’s request. The actor also spent seven days in police custody and faced interrogation in three phases.

The High Court’s order came after another Dhaka court had set September 13 to hear the plea, leading the defence team to move the High Court.