US, UK dual approach meant to keep up arms sales to Saudi Arabia:yemeen 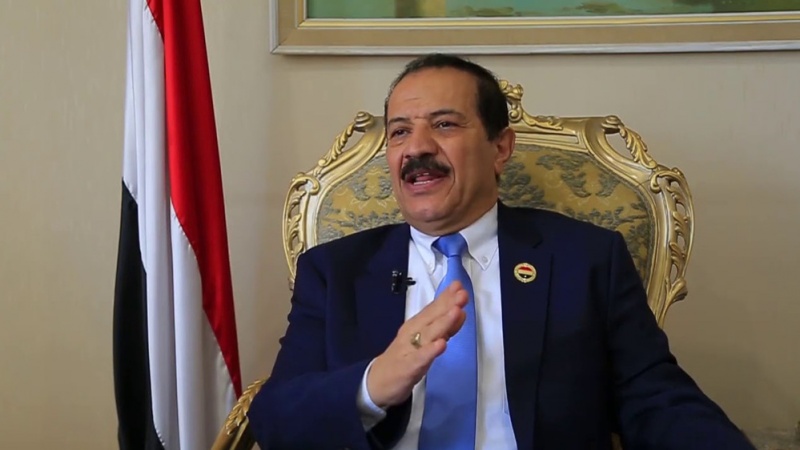 Yemen’s Foreign Minister Hisham Sharaf Abdullah has slammed the US and Britain for openly supporting Saudi Arabia in its military aggression against Yemen while urging the Sana’a government defending the country to stop fighting, saying such a dual approach is meant to keep up arms sales to the Riyadh regime.

Speaking on Tuesday, Abdullah called on Washington and London to stop taking sides with the Saudi-led aggressor and work instead to play a positive and neutral role in efforts to establish peace in Yemen.

The remarks came after top American and British diplomats condemned the latest retaliatory missile and drone attacks by Yemeni Armed Forces against Aramco oil facilities in the city of Ras Tanura, situated in Eastern Province, and other locations.

Abdullah said that such statements “should be addressed to the aggressors in Yemen, who are still bombing, besieging Yemeni ports and airports and preventing the entry of ships carrying fuel and medicine.”

“These comments are an attempt to break the rules of engagement before the eyes of the world, and throw the ball into Sana’a court as if it were the aggressor and the initiator of this cruel war,” he added.

He described the positions of Washington and London as part of their hypocritical policies on the world stage “aimed at keeping the Saudi regime satisfied with the continuation of arms purchases.”

The Yemeni foreign minister also underlined the need for a halt to the flagrant US and UK backing for Saudi Arabia as well as the pair’s arms exports to the kingdom and logistical support for Riyadh.

He further called for pressure on the Saudi regime to make it reopen Sana’a airport and lift the blockade on Yemeni ports to allow oil and food imports.

“Such humanitarian steps are necessary to build trust and normalize the situation … in order to achieve a comprehensive ceasefire and move towards political settlement and negotiations as well as the realization of just peace, security and stability in Yemen,” Abdullah said.