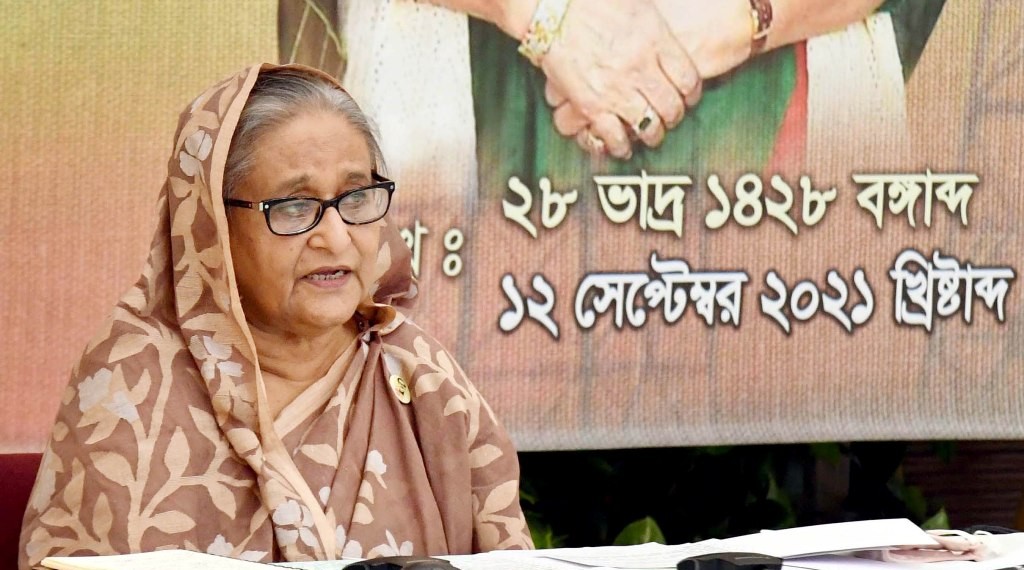 Development project must not harm the environment, she says while opening five more power plants with 779MW capacity

Prime Minister Sheikh Hasina on Sunday stressed the importance of keeping the environment in mind while taking any development project.

“We must focus on the environment while taking any project; we always should take protective measures before taking any step,” she said.

Her remarks came during the inauguration ceremony of five power plants with a total electricity generation capacity of 779 megawatts (MW), a part of the government’s plan to bring the country’s 100% population under electricity coverage.
She inaugurated the power plants through a videoconference from her official residence Ganabhaban as the program was held at the Bijoy Hall of Bidyut Bhaban in Dhaka.

According to the Ministry of Power, Energy and Mineral Resources, the government has successfully constructed 119 power plants with an electricity production capacity of 20,293MW since assuming power in 2009.
The government had targeted to generate 24,000MW electricity by 2021, and the target has already been exceeded as it reached 25,235 MW (including captive power), which was 4,942 MW in 2009, bringing around 99.5% of the population under electricity coverage.

The prime minister on Sunday renewed her call to people to maintain austerity while using electricity as the government provides power at a huge subsidised price.

She said how much the government could provide subsidies if people do not maintain austerity. “That should be taken care of [by consumers].”

Talking about the huge production of power in Bangladesh, the prime minister said the transmission lines have to be set up alongside increasing the production to meet the demand. “So, we’re constructing the transmission lines as well.”
She said the main aim of the government is to extensively provide electricity to rural areas so that the scope of employment generation increases.

“The overall development of rural people is on top of our priority list. That’s why we’ve given the highest importance to communications and power lines,” she added.

Regarding the Covid-19 pandemic, the premier said the government is providing vaccines for people so that no one is left out of it, no matter what the cost is.

She requested all to maintain health guidelines even after taking vaccines.

Hasina, however, admitted that the development pace in the country has suffered a setback due to the pandemic.

Briefly describing her administration’s farsighted development plans, she said they have taken the Delta Plan 2100 so thatthe development pace could continue generations after generations.

“There must not someone come who will again put Bangladesh under the chains of slavery again,” she said.

The prime minister also unveiled a book titled “100” during the event.
UNB