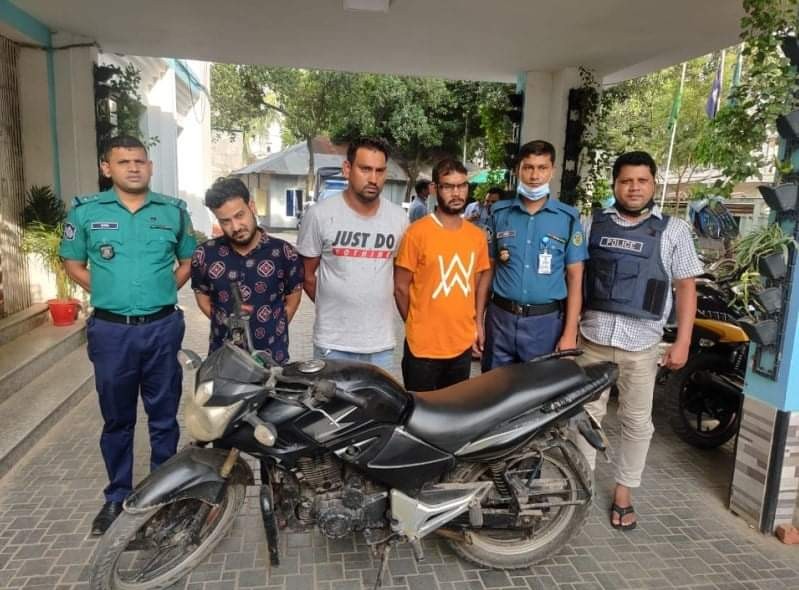 Three people have been arrested for trying to forcefully enter a private bank booth in Chittagong city.

The incident took place at an ATM booth of United Commercial Bank at the Firingibazar intersection under Kotwali police station early Wednesday.

The accused are Anowar Hossain Babu, 32, Mohammad Zahir Alam, 34, and Mohammad Adnan, 37. A case was filed against them with Kotwali police station.Among them, Anowar is also accused in a case filed under the Arms Act in Dhaka, while Zahir is accused in several cases on narcotics charges in Chittagong.

According to Kotwali police Officer-in-Charge (OC) Mohammad Nezam Uddin, the three went to the booth on a motorcycle around 2:15am. They asked the security guard to open the door to withdraw money.

When the security guard did not open the door, the three started knocking on the door and threatening him with harm.
“The security guard called me and sought help. I instructed a patrol team to go to the spot. As soon as the police reached there, the accused fled the scene,” the OC said.

As the motorcycle was heading towards Shah Amanat Bridge through Marine Drive, Sadarghat and Bakalia police stations were informed about the incident and asked to stop them, he added.

The accused changed direction and tried to escape through the Chaktai area, but police chased them down and arrested them.