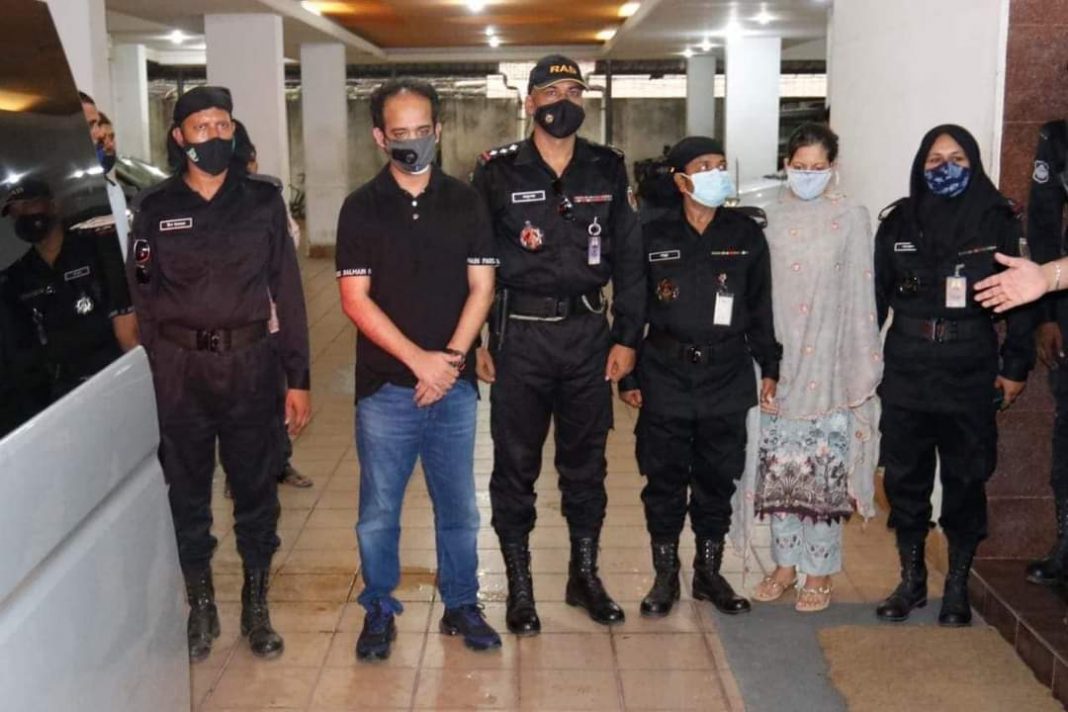 The arrests were made during a raid at Rassel’s flat at the capital’s Mohammadpur at 4pm, RAB spokesperson Commander Khondokar Al Moin confirmed.

The raid comes hours after an Evaly customer brought charges of fraud and threatening with life against Rassel and his wife Shamima Nasrin, the chairman of the e-tailer in a case filed with the police in Dhaka earlier in the day.
The elite police unit started the raid based on specific allegations, RAB Legal and Media wing Assistant Director ANM Imran Khan told media.

“We will notify later about the allegation. It could be based on the law-suite filed today or could be on other allegations,” he said.

He added that another raid is likely to be carried out at the Evaly headquarters in Sobhanbagh.

E-commerce shopping platform Evaly has been mired in controversy as consumers complained of not receiving products or their refunds.
On August 25, Mohammad Rassel and his wife Shamima Nasrin were sued for fraud and harassment.

Previously, the Commerce Ministry had also asked consumers who have not been issued refunds to file cases with the Directorate of National Consumer Rights Protection (DNCRP).

A nine-member inter-ministerial committee, headed by Commerce Secretary Tapan Kanti Ghosh and representatives from the Home Ministry, ICT Division, Bangladesh Bank, National Board of Revenue (NBR), DNCRP, and the Bangladesh Competition Commission, took the decision to protect consumers and the e-commerce sector.

According to Evaly the company has Tk543 crore of owed liabilities — much higher than the amount found by an initial probe of Bangladesh Bank.
Following the central bank’s earlier report, the Ministry of Commerce asked the Ministry of Home Affairs to file a case against Evaly over the alleged embezzlement of Tk338 crore taken as an advance from customers.