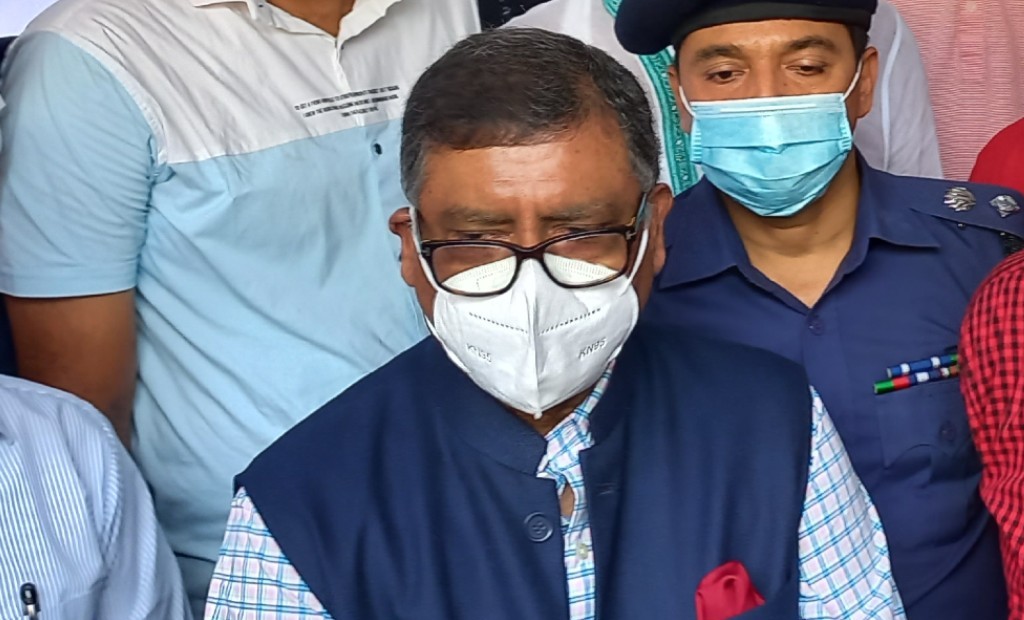 Students aged between 12 and 17 years will be inoculated with US-made Pfizer vaccine doses and arrangements are being made to collect the vaccine doses, says Health Minister Zahid Maleque.

He also said the process of vaccinating these teenagers would begin within the next 20 days.

He made the announcements during a meeting on Manikganj municipality office premises on Saturday.

The minister said that the decision has been taken as per the prime minister’s directive.

Maleque said that bringing children under vaccination was more important than ever as schools and colleges have already been reopened.
The minister said that the UK has removed Bangladesh from the red list and everything has been opened only because the Covid-19 situation was under control.

“We have inoculated one-and-half crore people till now. We are trying to get 60 million [Sinopharm] vaccine doses from China,” he said.

He added that they have already placed an order for the vaccines, each costing Tk3,500 and signed a deal with WHO to buy another 100 million doses for Tk5000 crore.

According to the health minister during the next campaign over one million people will get shots and so far 25 million people have received the shots with 15 million among them receiving both the doses.
Vaccination drive in Bangladesh

The vaccination program took was launched in Bangladesh by Prime Minister Sheikh Hasina on January 27.

On February 7, the government rolled out a Covid-19 vaccination vaccinating people aged 55 and above in the first phase.
On July 29, the government lowered the minimum age limit for taking Covid-19 jabs to 25 from 30 years in a bid to give a boost to the lagging vaccination rates in the country.

Earlier on July 19, the government lowered the age limit from 35 to 30 for vaccine registration.