Information Minister: No point in dreaming of a caretaker government 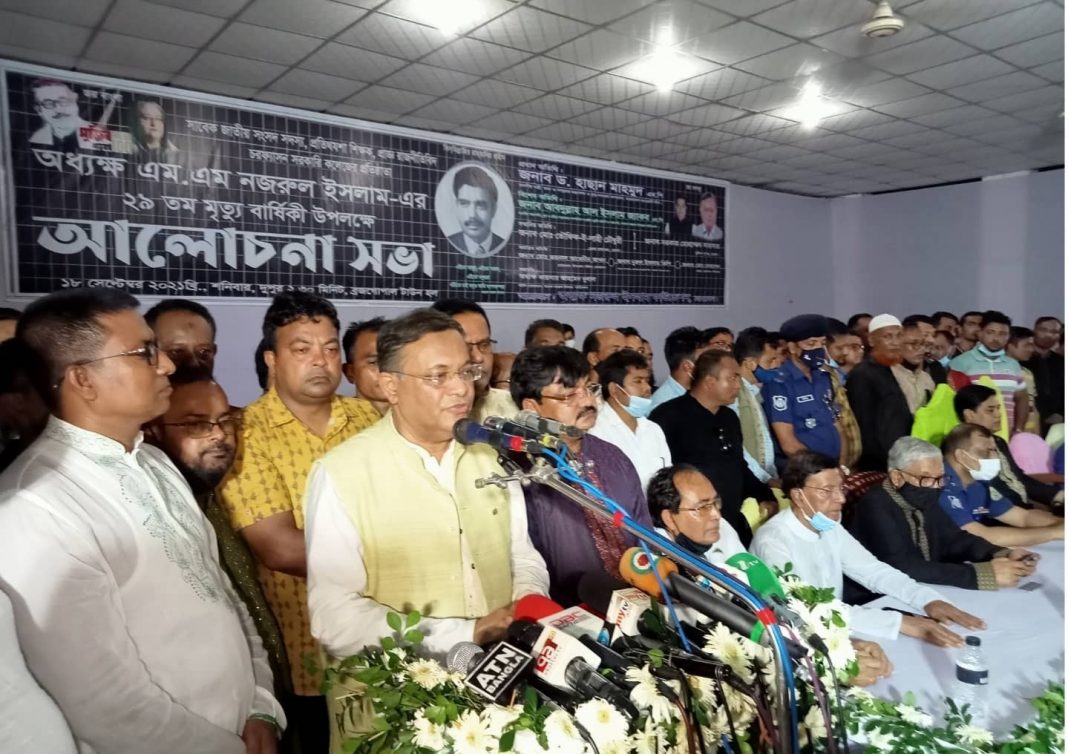 No caretaker government will be formed during elections, Information and Broadcasting Minister Dr Hasan Mahmud has said.

He said the BNP had been holding a series of meetings for three days where its leaders decided they would not go to any polls under the Awami League government.

However, elections were not held under any government but under the Election Commission, he pointed out.

He pointed out that there was no point in dreaming of a caretaker government.

According to the minister, in Bangladesh, there will never be a caretaker government comprising those who only have heated conversations on television after midnight.

According to the constitution, the Awami League government will be the caretaker government during the election period and the Election Commission will have the authority to hold the election.

Highlighting the development of Digital Bangladesh and the government, the minister noted that people were not seen barefoot or in tattered clothes any more and not many were seen living in huts.

This was due to the powerful leadership of Prime Minister Sheikh Hasina, he said.

Member of Parliament for Bhola 4 constituency and President of the Parliamentary Committee of the Ministry of Youth and Sports Abdullah Al Islam Jacob addressed the meeting as a special guest.
Kaiser Ahmed Dulal, vice chairman of the Principal Nazrul Islam Foundation, presided over the function.

Earlier, the minister exchanged views with reporters working in Bhola and Char Fasson at the residence of Abdullah Al Islam Jacob.