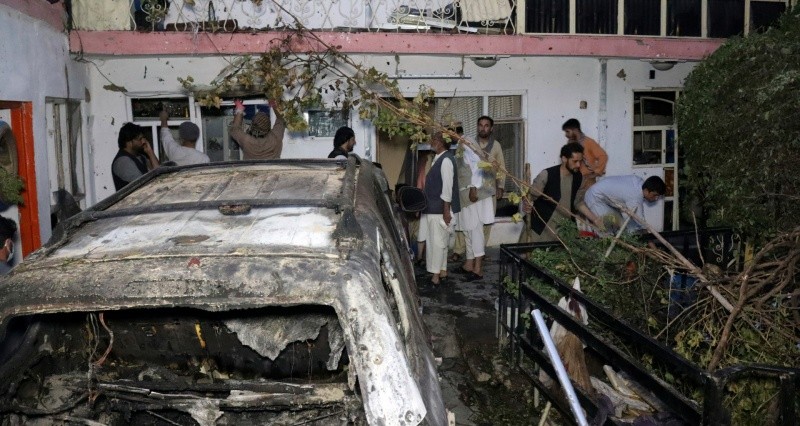 The US military has admitted killing 10 Afghan civilians, including seven children, in a drone strike last month. Washington has previously claimed that those who killed were terrorists.

The Pentagon had maintained the August 29 strike targeted a Daesh-K terrorist who posed an imminent threat to American troops at the Kabul airport, with Chairman of the US Joint Chiefs Gen. Mark Milley calling it a “righteous strike.”

But on Friday, General Frank McKenzie, the top general of US Central Command, announced at the Pentagon that the military investigation has found it killed 10 civilians and the driver and that the vehicle targeted was not a threat associated with Daesh-K, a shadowy terrorist group that emerged following the last month bomb blast at the Kabul airport. The attack killed scores of Afghans and over a dozen Americans.

McKenzie told reporters that the US military drone strike was a “mistake” and offered an apology.

“This strike was taken in the earnest belief that it would prevent an imminent threat to our forces and the evacuees at the airport, but it was a mistake and I offer my sincere apology,” he said.

McKenzie added that he is “fully responsible for this strike and this tragic outcome.”

Some media outlets had reported that the US drone strike apparently targeted the wrong man, killing an innocent Afghan aid worker along with members of his family, but the top US general described the attack as “righteous”.

“At the time of the strike, I was confident that the strike had averted an imminent threat to our forces at the airport,” McKenzie told reporters. “Our investigation now concludes that the strike was a tragic mistake.”