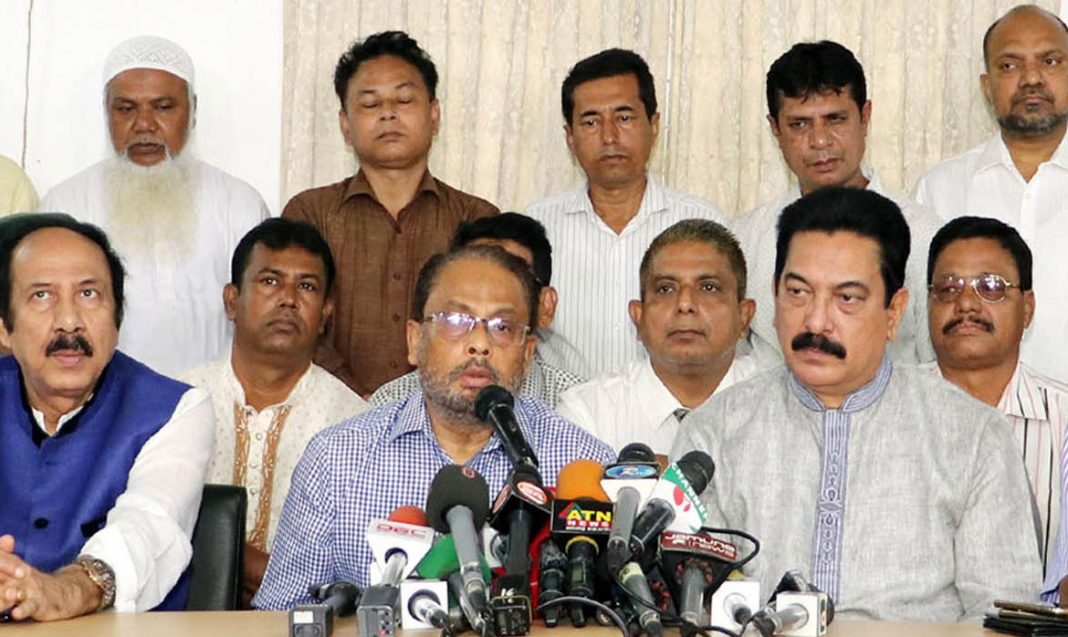 “Either the Election Commission is not working properly or it can’t function properly,” he said.

The Jatiya Party chief said the EC has immense power as a constitutional body. “But the power of the Election Commission is not visible to the common people.”

He came up with the remarks while speaking at a milad mahfil arranged by Jatiya party’s Dhaka north city unit at party chairman’s Banani office, seeking speedy recovery of its Secretary General Ziauddin Ahmed Bablu.
GM Quader, also the deputy opposition leader in parliament, said local government elections are not being held in a competitive manner since a section of the administration is often involved with the ruling party to influence elections.

“The candidates who belong to the opposition parties are not allowed to be in the election field. They’re devastated by attacks, cases and intimidation,” he observed.

The Jatiya Party chief also said their party will take part in every local government election to organize the party alongside reaching out to the common people. “Jatiya Party candidates are being asked to remain in the race till the end in every election.”

He also said their party does not need those leaders who cannot contest in elections braving fear, intimidation and greed.
GM Quader said the door of Jatiya Party is open to the new generation. “No one can join the Awami League if he/she wants to while there is a fear of facing cases and attacks if anyone joins BNP. So, Jatiya Party is a suitable platform for the new generation to do politics.”

He said Jatiya Party is the safest political platform for the common people. “Common people think if BNP comes to power, it’ll surpass Awami League. So, they want to see the Jatiya Party in power in the coming days.”