E-commerce to get separate regulatory body 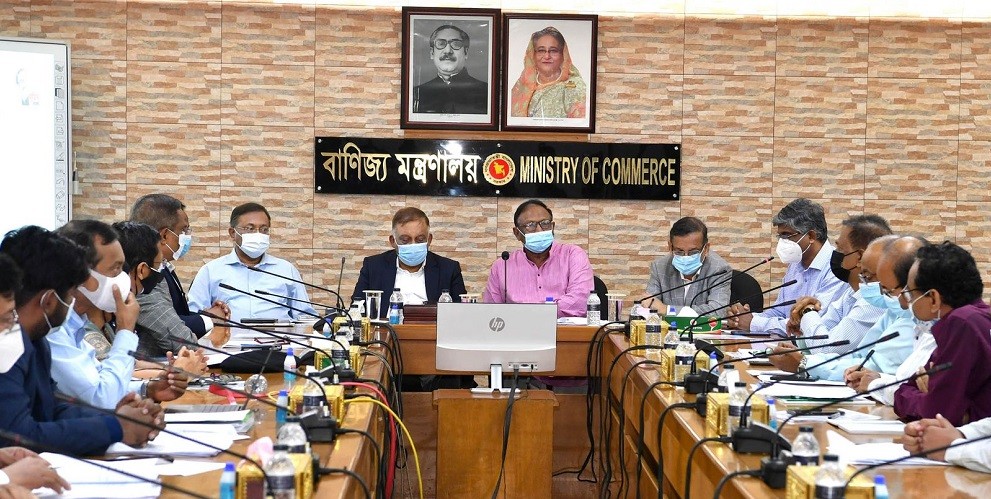 The e-commerce sector will be brought under a legal framework through a separate regulatory body and a central complaint cell to monitor the industry, Commerce Minister Tipu Munshi said Wednesday.

He made the announcement following a meeting discussing the country’s digital e-commerce industry and policy-related decisions pertaining to it.

There are several issues with the existing laws, including the Digital Security Act and Money Laundering Act, which need to be amended to take action against fraudulente-commerce platforms, Munshi said.

He also highlighted previous legal complexities regarding customer refunds from liquidation of company assets such as the case of Jubok or Destiny Group.

Responding to the comments of Finance Minister AHM Mustafa Kamal on all regulatory bodies being responsible for fraudulent activities by the e-commerce platforms, Munshi said: “We are here today because we know we have our duties. We will try to ensure that these companies cannot cheat customers any further.”
The regulatory bodies that were tasked with protecting consumer rights have to take responsibility for the scams and frauds embroiling the e-commerce sector, Kamal said earlier in the day at a meeting of the Cabinet Committee on Economic Affairs.

The minister said specific regulatory bodies regulate particular activities, for example, the Finance Ministry has the central bank under it which regulates certain aspects after the Commerce Ministry grants licences to businesses.

If entrepreneurs venture into a tech-related business, they have to go through the ICT Division, which has certain regulatory duties of its own, he further said.

The e-CAB has also made several recommendations for regulating the sector
Speaking to media , the e-Commerce Association of Bangladesh (e-CAB) officials explained that several regulatory bodies and agencies have to be involved to ensure consumer protection through a framework that still needs to be defined for the e-commerce sector.

The relevant agencies include the Bangladesh Competition Commission, ICT Division, a2i, Directorate of National Consumer Rights Protection, the Bangladesh Bank, as well as the Commerce Ministry, they said.

Despite the Digital Commerce Policy introduced in 2018, much of the framework that has been advised still lacks execution, according to industry insiders.
Meanwhile, several e-commerce shops are now unable to access the advances paid by buyers even after delivering products as the money is stuck with payment gateways.

Tipu Munshi noted that before the introduction of the escrow system, the sector had seen transactions worth Tk6,000 crore.

The escrow system went into effect from June 4.
An official of payment gateway SSLCOMMERZ told Dhaka Tribune that this delay has been caused by a lack of automation.

“We have to confirm the deliveries by phone calls and text, which often go unanswered by the customers,” the official added, wishing to remain anonymous.

Serajul Islam, spokesperson and executive director of the Bangladesh Bank, said there has been a delay due to these new regulations.

“But this is the guideline, so money cannot be paid until deliveries have been confirmed,” he added.

In this case, the Ministry of Commerce and the payment gateway services can think of updating and modernizing the system, he said, adding that the Bangladesh Bank is thinking of automating the process on their behalf.
In recent months, the e-commerce sector has been flooded with complaints relating to product deliveries, advance payments, fraudulent transactions, and embezzlement.

Evaly, Eorange, Dhamaka, Sirajganjshop, and most recently PriyoShop have been accused of malpractice. Alesha Mart has also been accused of breaching the recently introduced standard operating procedure (SOP) by offering 50% discounts on products through its own card.

According to Evaly, the total liabilities of the e-commerce platform amounted to Tk543 crore as of July 15 with an additional debt of Tk1 crore for shareholder equity. But during interrogation by law enforcement, CEO Mohammad Rassel said debts could be as high as Tk1,000 crore.

Just like Evaly, merchants and sellers have also taken legal action against Dhamaka Shopping, a concern of Invariant Telecom Bangladesh Ltd, citing its failure to honour its previous promises of paying up.

They said that they have yet to receive Tk200 crore from the company.